TRAVELLING THE WORLD — The prism of emotions that architecture can inspire isn’t well known. However, architecture is an art that can trigger astonishment, joy, passion, and curiosity. Like great works of art, the most amazing monuments inspire a strong feeling of fullness and delight. The form of certain buildings soothes the mind, leaving those who observe them both dreamy and happy contemplators. From one style to another, from stones infused with prayers in religious places to Art Deco colours and more contemporary styles, here are a few architectural destinations to discover or rediscover.

When humans want to get closer to god, architecture becomes pure emotion. For the greatest pleasure of the eyes, a kaleidoscope of colours lights up the stained-glass windows of cathedrals, ignites the mosaics of mosques, and sublimates the gilding of Buddhist temples. Bulbs, domes, naves—everything is done to teach humility to the souls in these sanctuaries. Religious architecture can sometimes be modernist. In Barcelona, the fascinating and essential Sagrada Família, the great unfinished masterpiece of Antoni Gaudí whose construction is expected to be completed in 2026, is representative of the genius and daring of this architect. In Central Asia, Uzbekistan is full of architectural marvels. In Samarkand, on the mythical Silk Road, religion has made a strong mark on the city’s architecture. The Bibi-Khanym Mosque and its enchanting blue mosaics, the Khodja Ahrar complex and its madrasa, the Gur-e-Emir mausoleum, and the Chah-e-Sindh necropolis intoxicate the senses. A symbol of Byzantine glory, the Hagia Sophia in Istanbul, Turkey, is a must-visit. A few streets away, the domes of the Blue Mosque, a jewel of the 17th century, will leave you speechless with its 20,000 Iznik blue earthenware tiles in delicate floral patterns. From there, it’s just a stone’s throw to Russia, near Souzdal. Over the centuries, this city has been home to no fewer than five monasteries, 30 churches or chapels, and 14 citadels. With its collection of domes with star-shaped bulbs and its white sculpted stone kremlins, it is a veritable open-air museum. 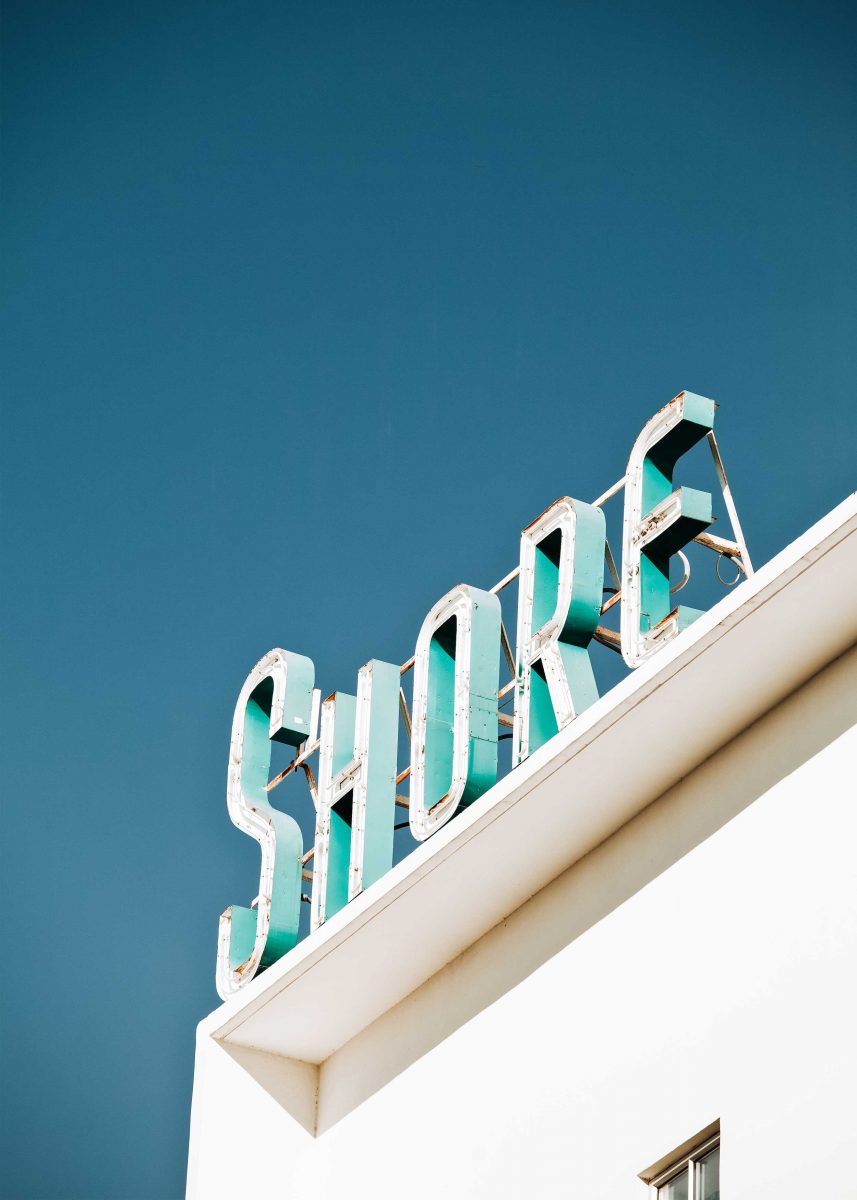 The Voyageurs du Monde address: In monastic style at the Iglesia El Jadida

Within the Portuguese citadel of El-Jadida in Morocco, inside the ramparts, a charming hotel is nestled in a 19th-century Spanish church. In the parlour, under the high vaulted ceilings of the nave, antique furniture from Marrakesh mingles with chandeliers and collections of old items (radios, hats, alarm clocks, mirrors, bags, etc.) to create a unique atmosphere.

CONTEMPORARY CURVES: FROM MODERNISM TO THE BAUHAUS

Contemporary forms fit perfectly into their natural setting, caressing the décor that surrounds them. They are meant to be refined, fascinating, and sometimes provocative. Thanks to visionaries like the German masters from the Bauhaus, Oscar Niemeyer, and Frank Lloyd Wright, for example, an entire contemporary architectural world has blossomed and flourished since the pre-war period. The modern American architecture of the 1940s to the 1960s finds its pinnacle in Palm Springs, which brings together an incredible concentration of villas with sleek lines. Bathing in mid-century modern architecture, the city is also home to some sublime Bauhaus-style residences, one of the most beautiful of which—Frank Sinatra’s house—offers accommodation. The schools, libraries, and even the street furniture also display this singular style. In Tel Aviv, Israel, Ben Gurion, Chen, and Rothschild Boulevards boast the richest wealth of Bauhaus architecture in the world. Its city centre is considered a UNESCO World Heritage Site for its synthesis of the modern movement and features more than 4,000 buildings constructed between 1920 and 1940 in the Bauhaus architectural style. 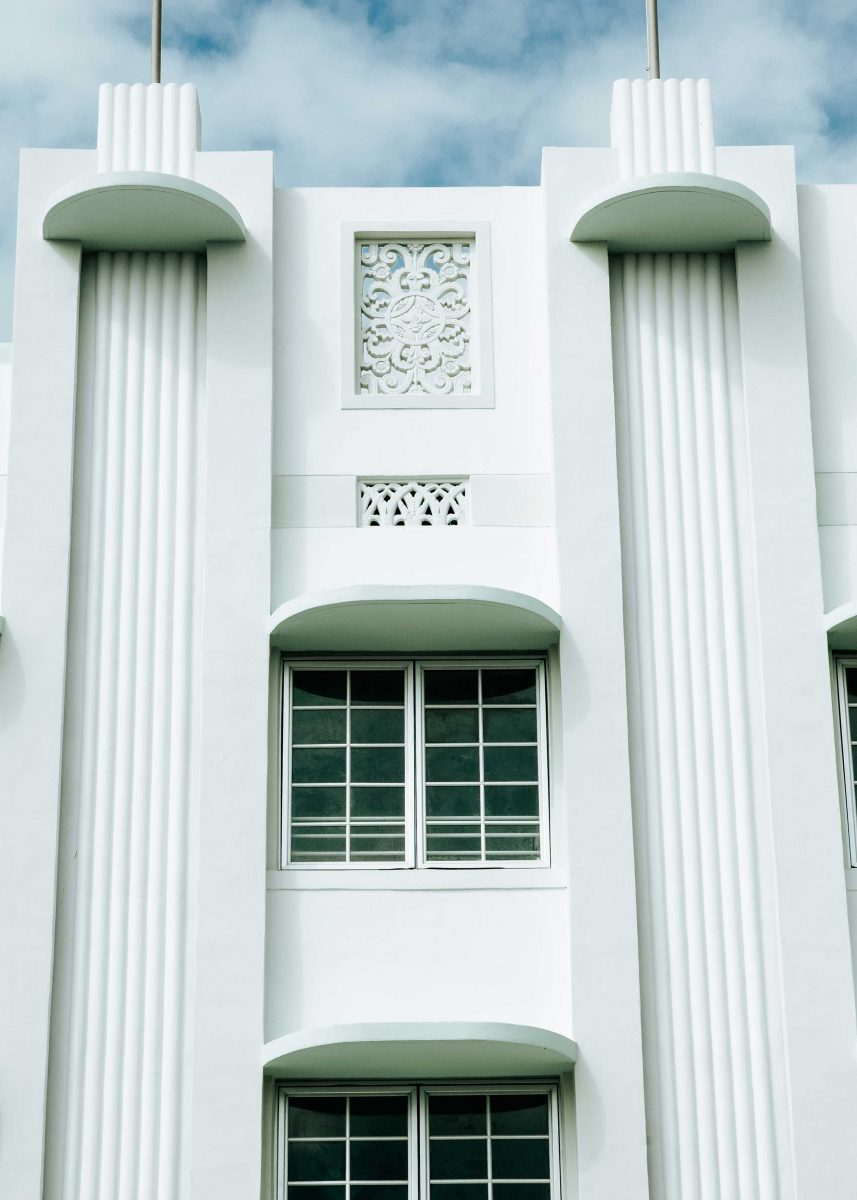 The Voyageurs du Monde address: In desert style at the Amangiri

Two steps from Lake Powell in the United States, nestled at the foot of a huge mesa and facing the desert, the Amangiri is situated in an amazing setting of wild beauty. Perfectly integrated with its ochre adobe bungalows with flat roofs, the hotel is barely visible from the bumpy trail.

PASTEL AND GILDING: ART DECO FROM ONE OCEAN TO THE OTHER

At the turn of the 1920s, Art Deco took off. Soft pastel shades flooded seaside facades, and New York skyscrapers adorned themselves with graceful statues. From Egypt to California, gilding was subtly applied to charming hotels. A century after its emergence, this golden age of architecture continues to fascinate. Like a multicoloured piece of candy, Miami is an Art Deco peninsula, especially its South Beach neighbourhood, traversed by Ocean Drive. Destroyed in 1926 by a hurricane, the city was rebuilt by several architects, all fans of Art Deco. The result: ten avenues bordered by palm trees and lined with over 800 buildings from the Roaring Twenties, with their pastel hues and their steel and aluminum balconies. On the other side of the country, the Bradbury Building in Los Angeles immerses the visitor in fiction. Often seen in the movies, this extraordinary building with wrought-iron staircases invites you to dream even without a screen. 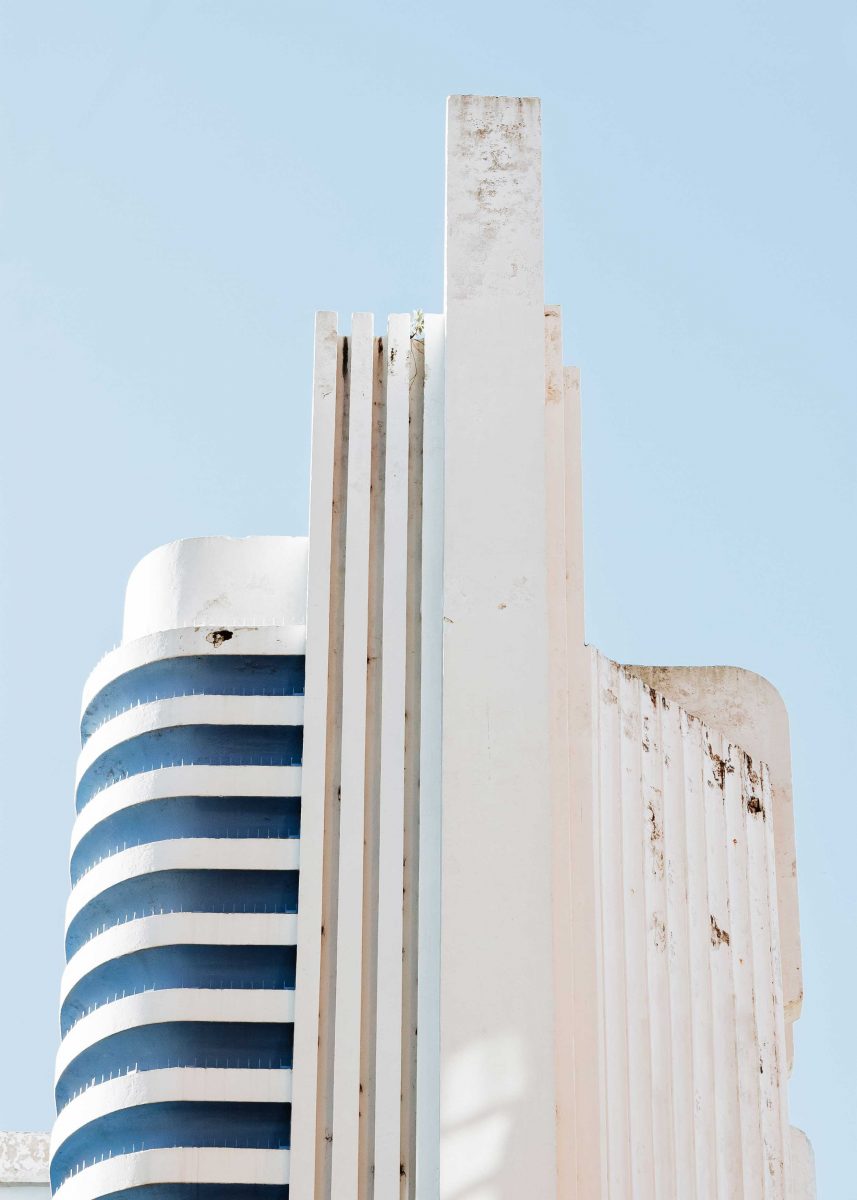 A Bohemian village in the heart of Miami, Coconut Grove was home to the hippies in the 1960s and brought together artists and intellectuals. Now a Bohemian hideout, this neighbourhood is the place to put down your suitcases to experience the full charm of the Tropics, with its maze of winding roads, large white houses, dense vegetation, and shaded alleys. 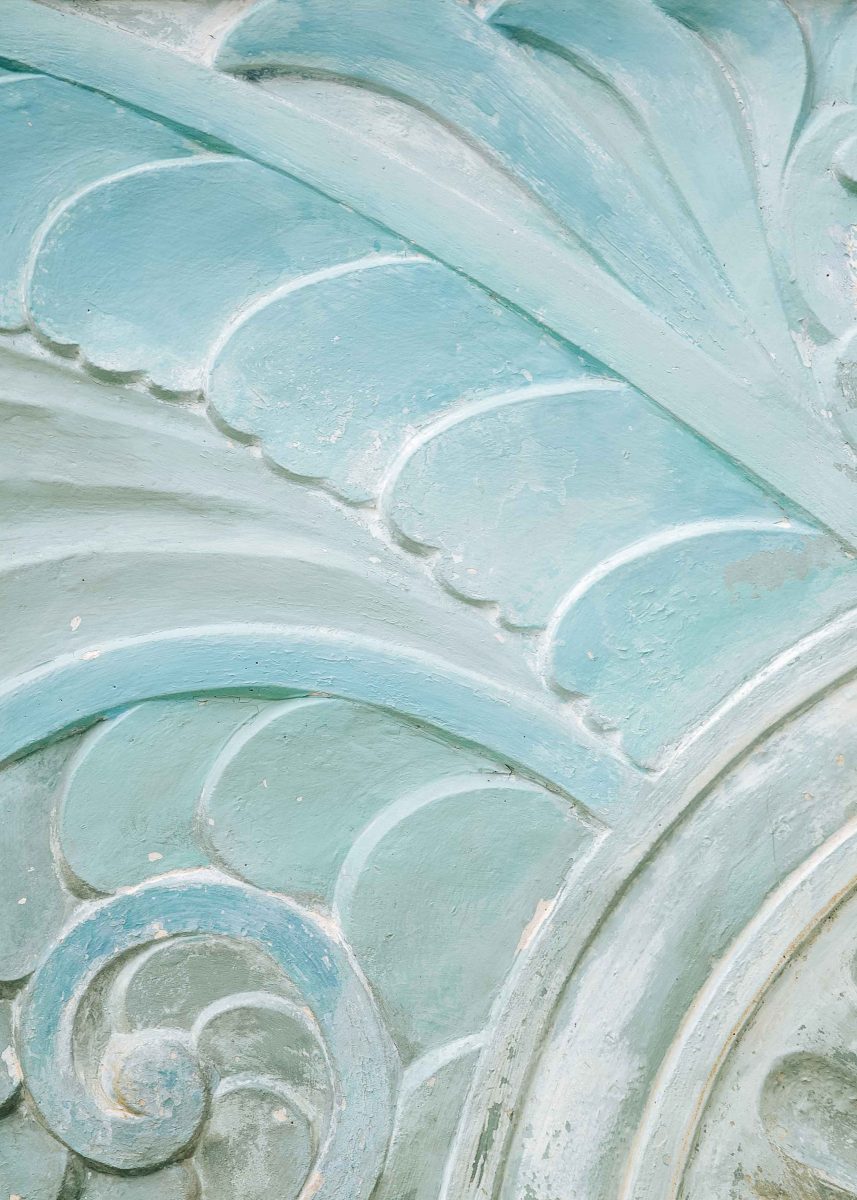 LETTING-GO – Spiritual retreats focused on introspection, physical activity, yoga, meditation, wellness and healthy eating are a way to pause, take care of yourself and reflect on your life habits. Because every lasting transformation begins with a profound shift in the soul, here are four beautiful escape sites to spark the energy of a new […]

Four Havens Where You Can Slow Down

Four Havens Where You Can Slow Down

NORDIC SPA — Take the time to take a break—this is your mantra to stave off the frantic pace of everyday life. Just let go and get away, even if you’re close to home. Strøm wellness centres offer four locations where you can make time stand still for a moment. Reconnect with the quiet strength […]

Travel Better by Being Still

Travel Better by Being Still

STORING MEMORIES In this era of snapshots, bucket lists and fast-paced lifestyles, a culture of haste reigns supreme. At some point, we inevitably feel the urge to slow down, step back, finally stop running around and restore order to the daily whirlwind. Then comes the time for a vacation to escape this wild tempo. So […]