The creative way that children interact with their environment and use their body as a tool to move around is inspiring. What if we could see the world this way again? To some extent, that is what calisthenics, a functional training method that is growing in popularity in Quebec, allows. This is a progressive approach that can be practised anywhere with minimal equipment.

The term calisthenics comes from the ancient Greek word kalós, which means “beauty,” and sthénos, meaning “strength.” Calisthenics is therefore the art of using the strength developed by the body to perform an aesthetic movement. The worldwide popularity of calisthenics seems recent, but elements of this method have been found in the training sites of the armies of Alexander the Great and the Spartans, dating back two millennia.

To perform the movements of calisthenics, only the weight of the body is used, like in gymnastics. This discipline therefore builds relative strength, which is not used to lift objects but instead allows you to move your body through space. Weighted and bodyweight exercises lead to completely different progress. For example, let’s look at the bench press and the pushup, two exercises that involve the same movements of certain body parts. To make progress in the bench press, you increase the difficulty simply by repeatedly adding more weight. In the case of push-ups, a fundamental exercise in calisthenics, you can’t increase the weight, because this is the weight of the body. The solution, then, is to modify the position. Due to the laws of physics, the movement of the body’s centre of mass and the resulting modification of the leverage have an effect on the difficulty of the exercise.

To make progress with push-ups, therefore, you can raise the feet by placing them on an object, then gradually increase the height during each workout session. Conversely, to make the exercise easier, you can place your hands on a bench. Each movement in calisthenics therefore has a series of positions, referred to as progressions, through which the follower moves according to their level. That way, calisthenics exercises are constantly evolving—a characteristic that makes the practice particularly motivating. 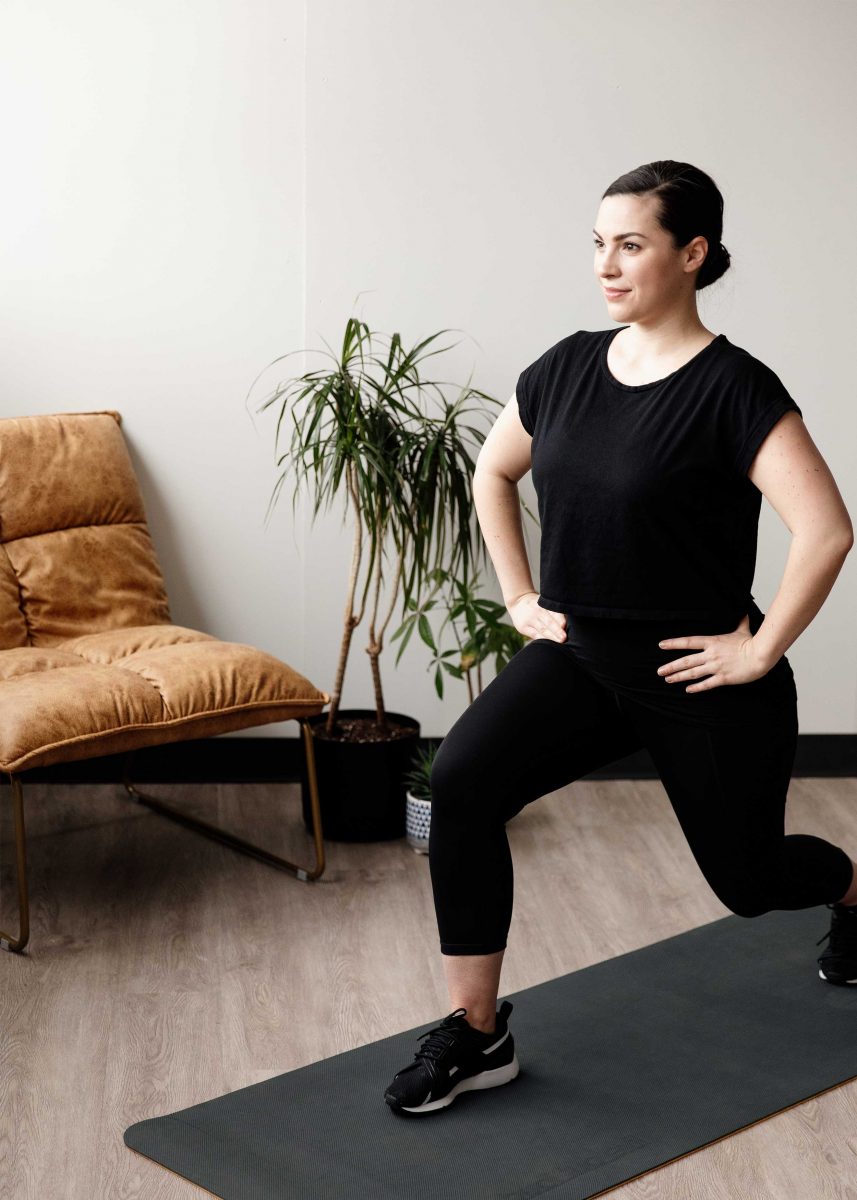 Calisthenics differs from strength training with weights in terms of its primary goal. In effect, the practice is oriented toward successfully completing the movements rather than strengthening the muscles or muscle groups. In other words, it aims to improve the overall movement and functioning of the body as a whole, not that of a specific muscle. For that reason, the approach is considered a functional training method. That said, the muscular work required to perform the exercises necessarily causes increased strength and can lead to increased muscle mass. But several other benefits are also associated with calisthenics. For example, certain movements involve standing on one leg, which promotes the development of balance over time.

In addition, the variety of positions helps improve joint mobility along all axes. Since no machine is used, proprioception, the sense that allows us to know the position of our body parts in space, is heavily solicited. The improvement of this sense can have positive effects, especially on posture.

Where can you do calisthenics? The answer is simple: everywhere. Since the equipment required is minimal, it can be done at the gym, at home (children love this), or—better yet—in green spaces. The only essential tool is a pull-up bar or a suspension system. For the rest, the furniture at home and street furniture will suffice. Creativity is definitely stimulated when you do calisthenics. Two chairs become parallel bars, a table plays the role of a pull-up bar, and a tree branch turns into a great support for gymnastics rings. The way we look at our environment changes at the same time as our relationship with the objects around us.

Outdoor fitness sites including all the necessary equipment for calisthenics are also increasingly common in parks in cities across the province. Travellers should know that these types of facilities can be found in many countries. In addition, working out in a park lets you get some green exercise, a concept put forward in the book Green Exercise (R. Bragg and C. Wood, Green Exercise, Routledge, 2016). There, the authors explain that the psychological benefits of physical activity in a natural setting are greater than those obtained from doing the same activity inside. They argue that moving around in a natural space helps you chase away your daily worries, stimulate the imagination, and reconnect with the environment.

Whether you integrate a few calisthenics exercises into your fitness routine or fully commit to this practice, you will feel the benefits both physically and mentally. In addition, as soon as the athlete has sufficiently mastered the techniques, a world of possibilities is open to them. Indeed, advanced exercises—which include the human flag, handstands, and one-arm pull-ups—offer the opportunity to explore the limits of human strength on surprising levels. Accessible to everyone, calisthenics is ideal for maintaining your motivation to work out and having fun doing it, in total simplicity.

Integrate sport in your daily life

Integrate sport in your daily life

New Year’s resolutions create such unique opportunities for change. If you are among those who have decided to do more physical exercise, know that it is necessary to learn to integrate sports in your routine. Jennifer Heil, Olympic Medalist and now a full-time mom reveals the realities of physical activity and concrete ways to integrate sport in your daily life.

When was the last time you had a moment of complete silence?

When was the last time you had a moment of complete silence?

In the depths of the “Nat” black room of the Strøm Nordic spa in Sherbrooke. The “Nat” (meaning: night) black room is an ode to the night, but above all, a meditative and restorative space where silence is the rule. In today’s noisy world, silence is a resource in itself, a modern luxury that is […]

LETTING-GO – Spiritual retreats focused on introspection, physical activity, yoga, meditation, wellness and healthy eating are a way to pause, take care of yourself and reflect on your life habits. Because every lasting transformation begins with a profound shift in the soul, here are four beautiful escape sites to spark the energy of a new […]