Two thousand and twenty confused us. It is not easy to keep your feet on the ground and dare to plan a trip. But we cannot confine dreams. Our desires for elsewhere spark in our boiling minds. We think about those old projects, the ones we kept for later. It is now time to bring out our bucket lists. They give us joy and take us away from our daily lives. We then observe other horizons, other tomorrows. Because preparing for a trip is above all the beginning of an escape; it is those first readings and emerging emotions for another country.

Eager for new encounters, for a change of scenery: our passion is insatiable, anchored in us. A getaway to Patagonia, an African escape or a hideout in Italy: we will be back on the road as soon as possible. Nothing prevents us from seeing further, from looking at the last moments of 2021, but also from thinking about 2022. The calm will not last, here are our four chosen spots across the world. 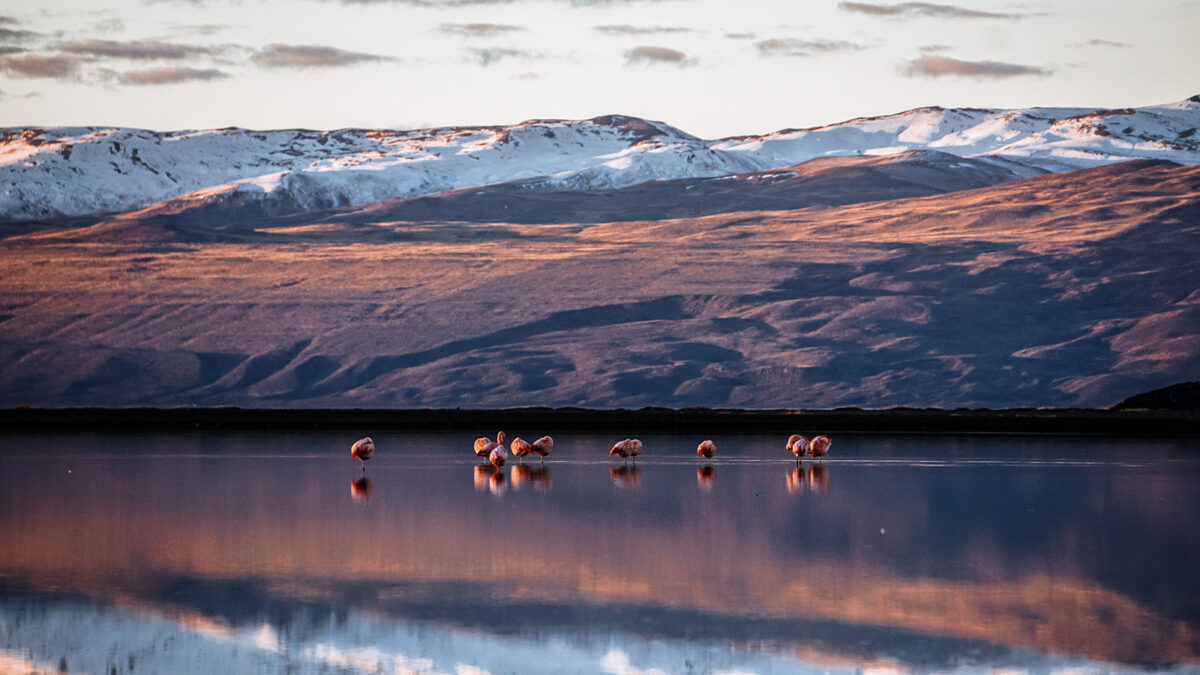 Glaciers, between Argentina and Chile

What if we hit the road? Not on the asphalt of California, but rather on the south side, on the Transpatagonian, always lower. The Yosemite Valley and the Desert of Death will then be replaced by Fitz Roy and Perito Moreno, toponymy of southern latitudes. It is a call to adventure that bears many names; Patagonia and Tierra del Fuego will be our stops of unparalleled exoticism, at the end of the road. It’s straddling Argentina and Chile that we will escape on our four-wheeled steed. Multicoloured landscapes will unfold in front of us. Pink deserts, black and white mountains, pure green vines, golden beaches, red Pampas, blue glaciers. 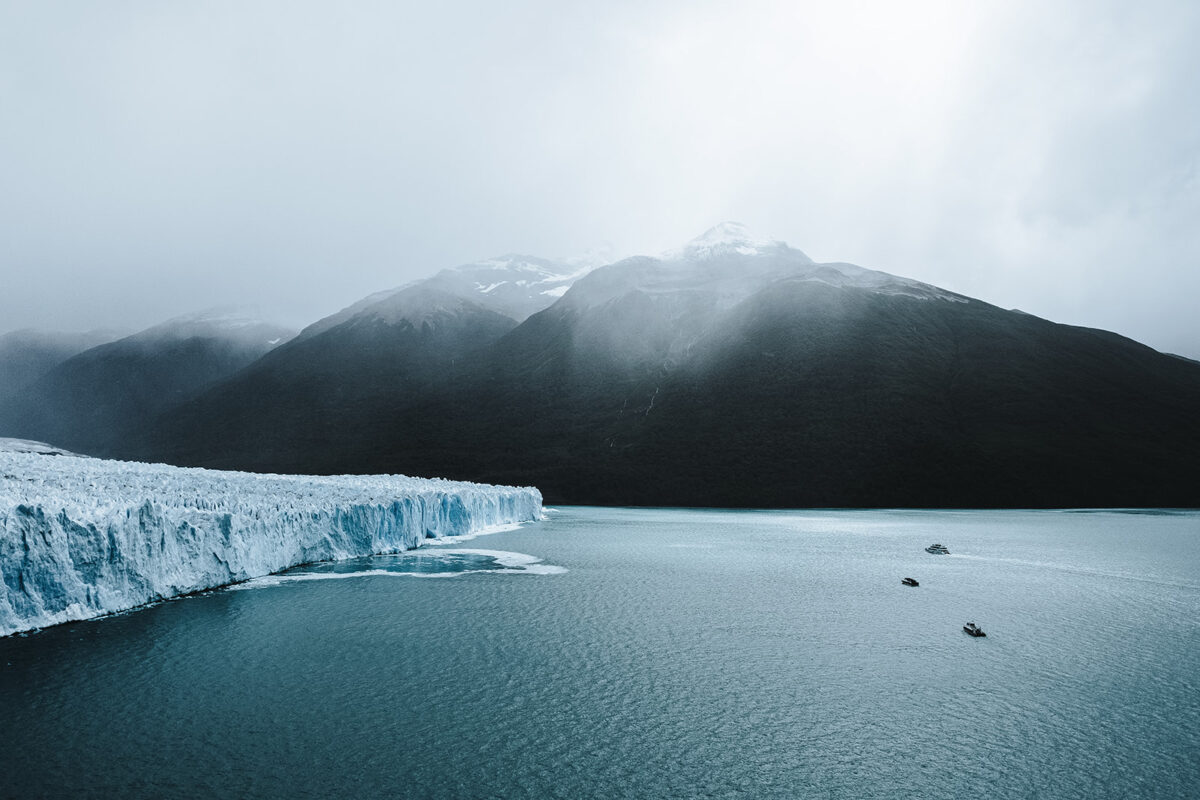 This region of the world is fascinating; there is a reason why it is a topic of discussion, from Jules Verne to Bruce Chatwin. We will explore walking or straddling the Argentino Lake, where glaciers and islets flow and where icebergs drift. We will remain speechless in front of the master of the glaciers, the Perito Moreno, a huge ice cube factory whose large bluish sides, under the pressure of the younger ice, end their life with a brilliant action, collapsing in the lake in a thunderous crash. We will drive further south, towards Tierra del Fuego, towards Ushuaia, the southernmost city in the world. The end of the world? No. In Argentina, we can always push the journey a little further, towards Cape Horn, then Antarctica… 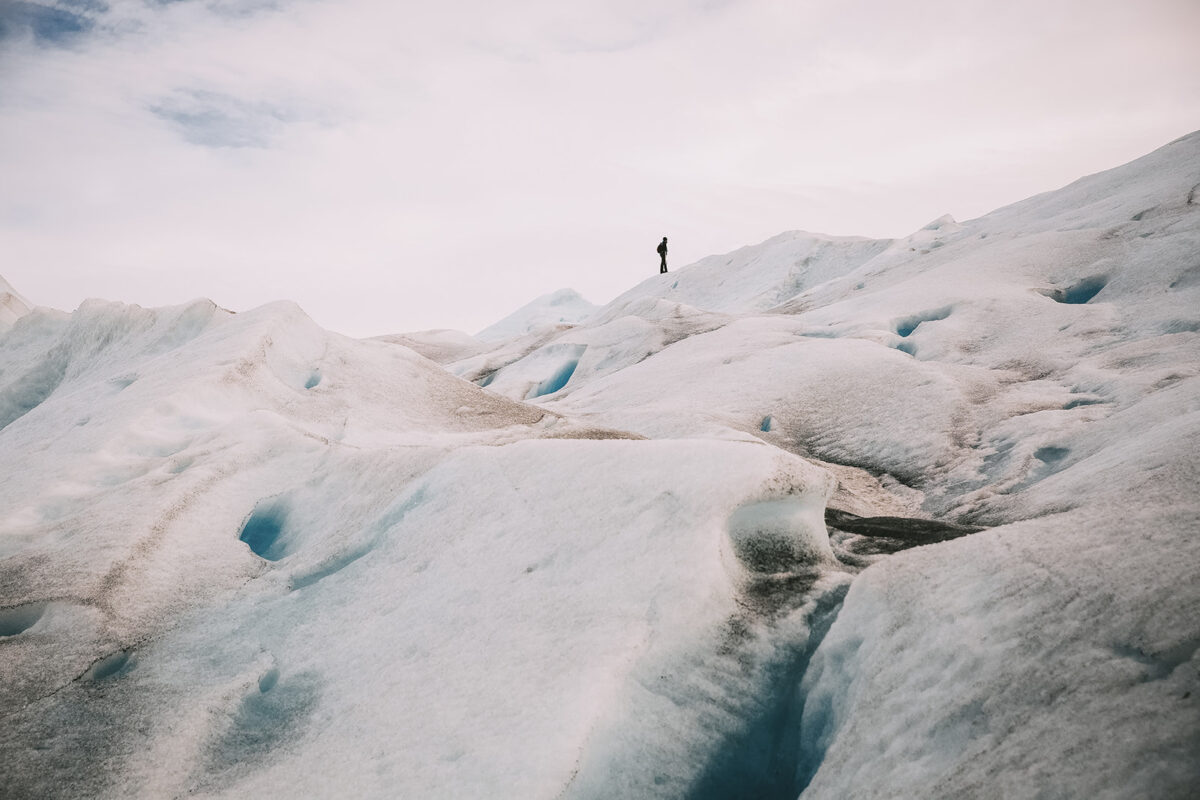 Adventures in Uganda: following the footsteps of primates

Central Africa is irresistible. Once our excitement for the great migrations in Tanzania has passed, we will cast our sparkling gaze on the heart of an entire continent. In the mountains of Uganda, gorillas are kings. Touching and impressive, strong and fragile, our big brothers are only a few hundreds left in the world. Half of them find refuge in the Bwindi Impenetrable Forest National Park. A name that invites discovery, that excites the imagination. It is a dense, remarkable forest, one of the richest African ecosystems. We then pretend to be explorers, hat screwed on the head, walking stick in hand and bag hanging on the back. Everything is possible, everything amazes. 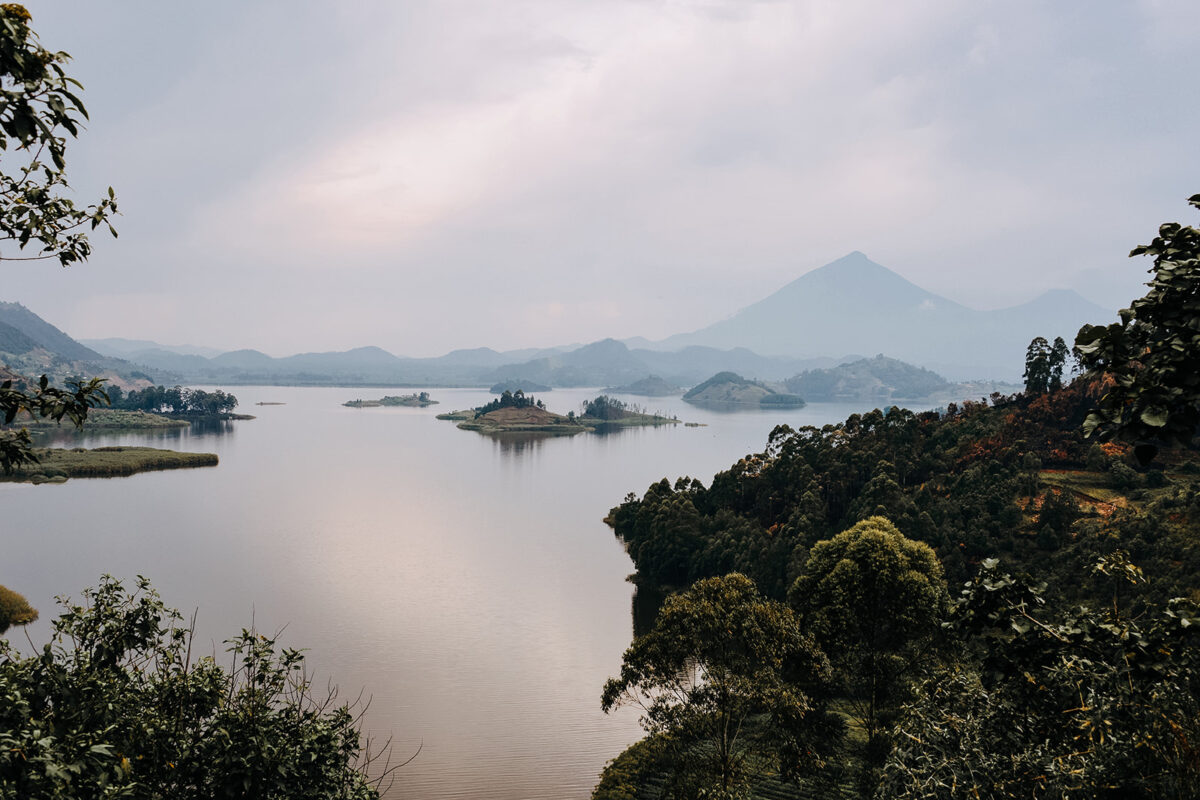 The forest surrounds us and suffocates us to better surprise us. Meeting the gorillas then turns into a memorable expedition: six o’clock in the morning, the day rises on the mountains of the moon, the volcanoes and the surrounding thousand hills are drowned in the mist. We set off on foot through the bamboo forest, at an altitude of nearly 3000 meters. Suddenly between the branches, we can see eyes fixed on us. Silence, branches creak. One, then two gorillas pass through the clearing. What tenderness in this face-to-face meeting that seems so human! We make a childhood dream come true, but even though we might have fantasized about it for years, nothing prepares for the shock of such an encounter. 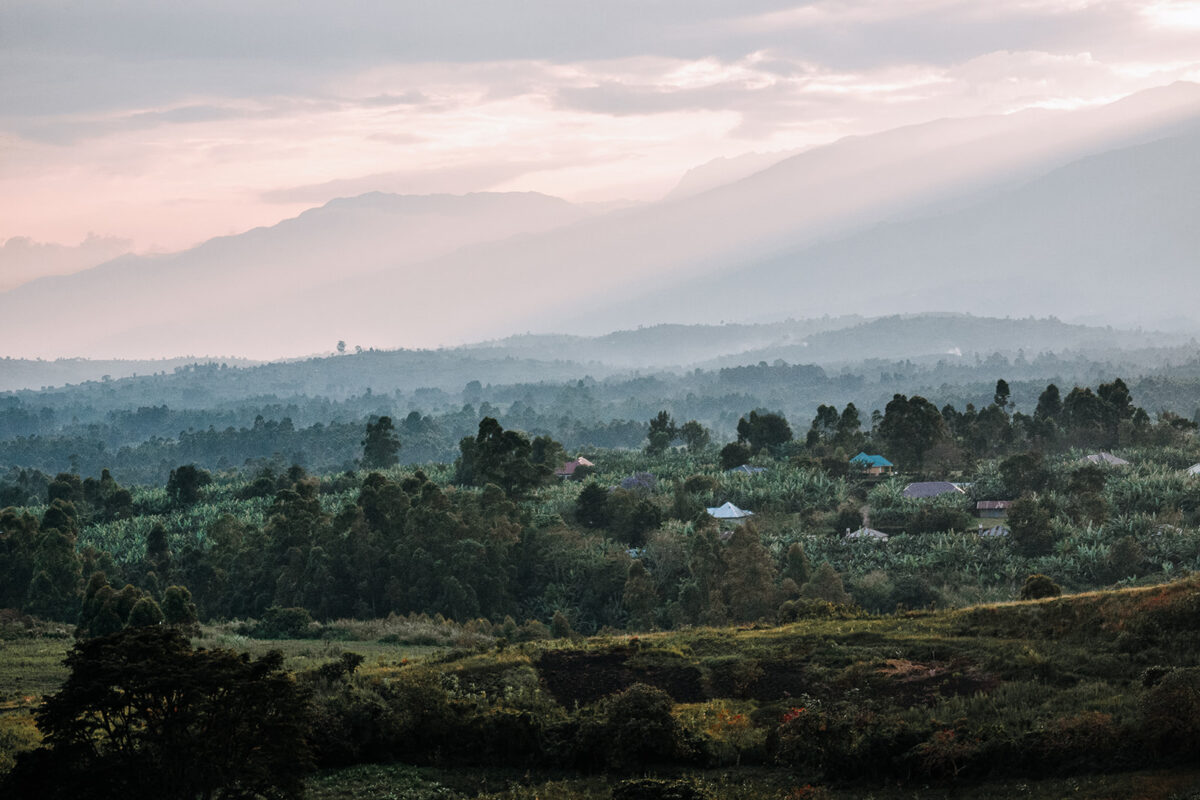 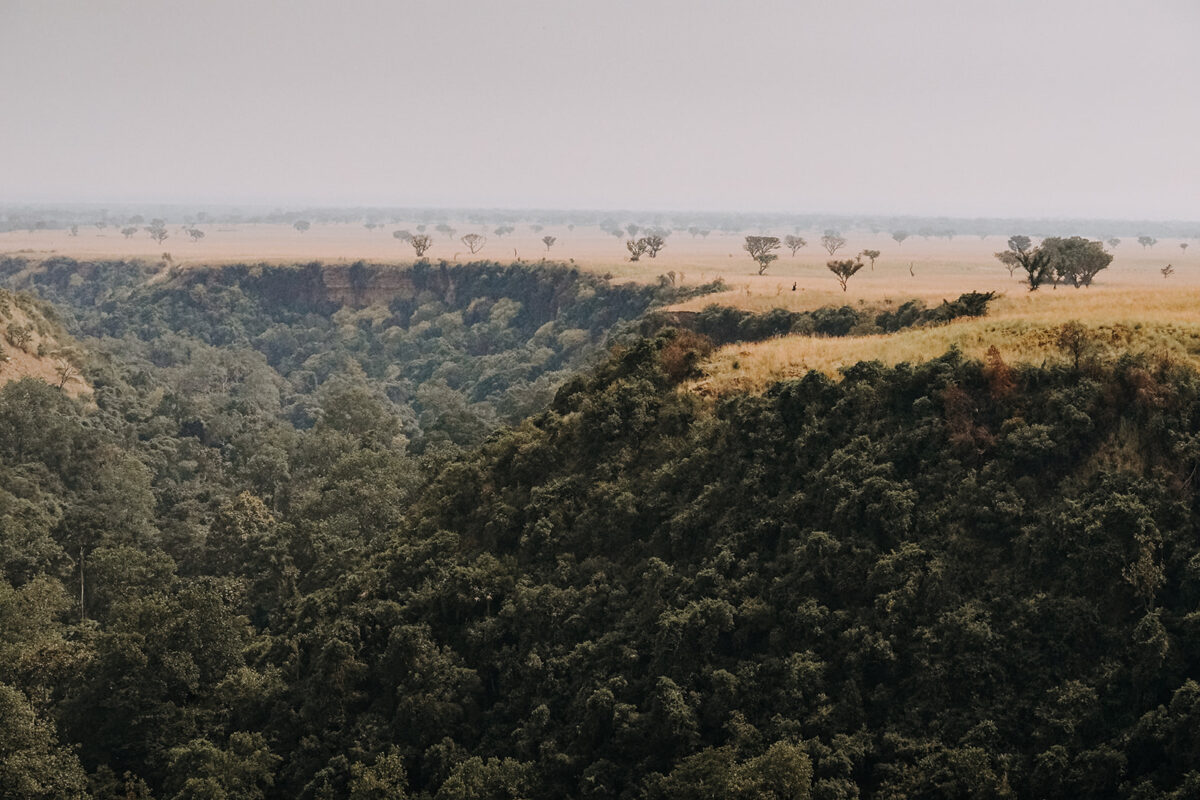 Orchards and monasteries: the peaks of Ladakh

Ladakh looks like a country lost in huge mountains. And that is kind of it. It has also been a place of passage for many centuries. The Indus Valley is a link between India and Tibet. The caravans have transported food, ideas, beliefs, arts. Ladakh has been able to take advantage of and enrich itself from these contributions. We are particularly impressed by the apricot, apple and almond orchards maintained by the villages along the high mineral valleys. The landscapes are ample, grandiose, but it is in the details that one can taste the flavour. To travel to Ladakh, the “Land of High Passes”, is to touch Tibet with your finger and to caress the summits. 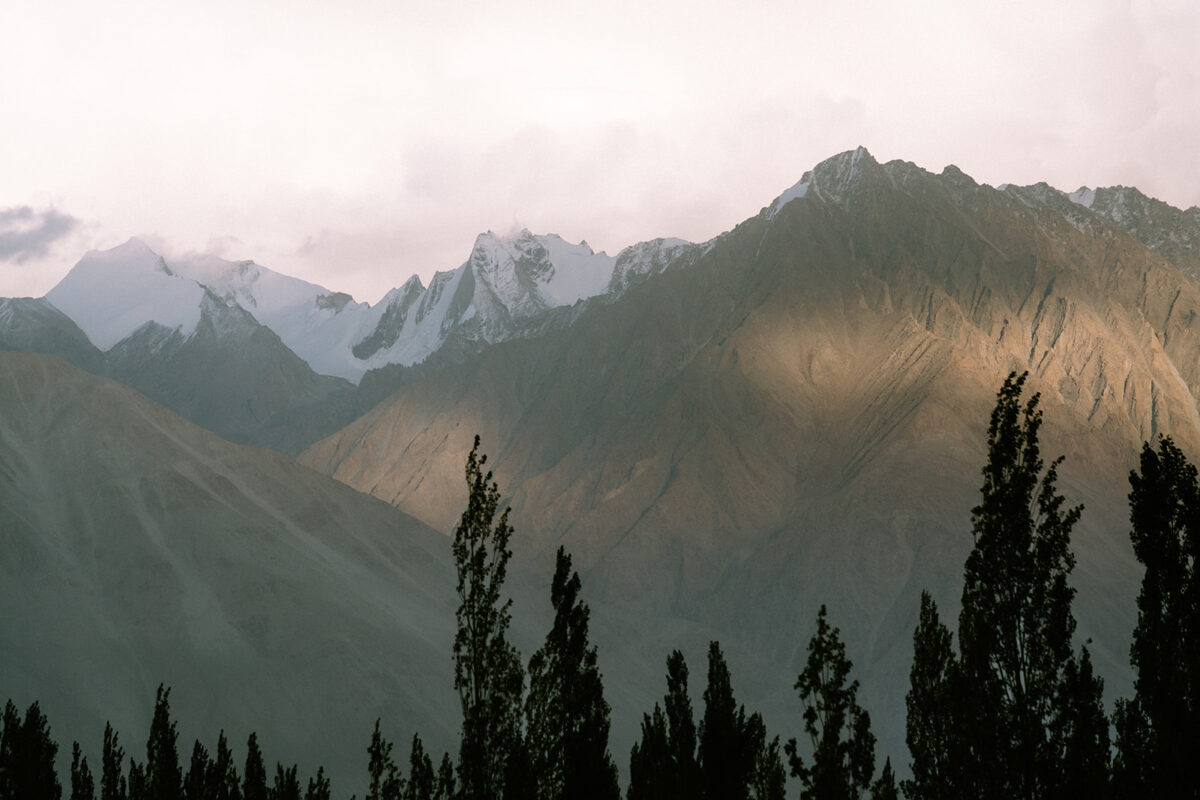 Perched at over 5300 metres on average, the region is surrounded by the Himalayas to the south and Karakorum to the north. Kingdom of altitude trekking, Ladakh offers a unique playground for enduring hikers. We drag our shoes to the monasteries of Hemis, Lamayuru or Thiksé, as far as Leh, the regional capital, or on the banks of the Indus or Pangong Lake. There will be prayer flags, chortens and horn blows. In each zone, its monasteries, its monks with red or yellow caps. And the flow of the Indus remains below. In Ladakh, Buddhism is Tibetan in its schools, but also Kashmiri in its artistic expression. It is a country with an open personality, alive. A journey from top to top. 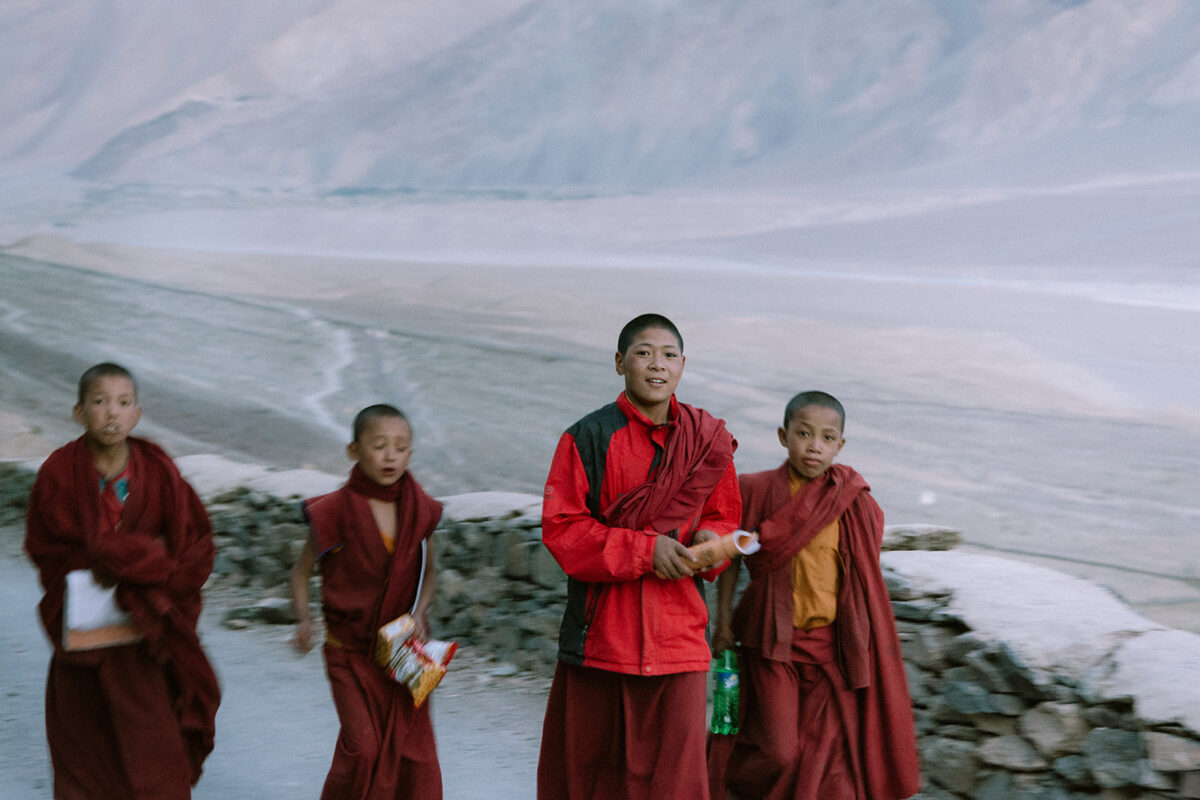 We do not travel in Puglia like elsewhere in Italy: we pedal to the beach, we bask in the sun, we wait behind the wheel while the sheep cross, we sip an aperitif at the time of the passegiata… We let go and savour all the charms of the heel of the boot, the axis where all of Italy pivots. 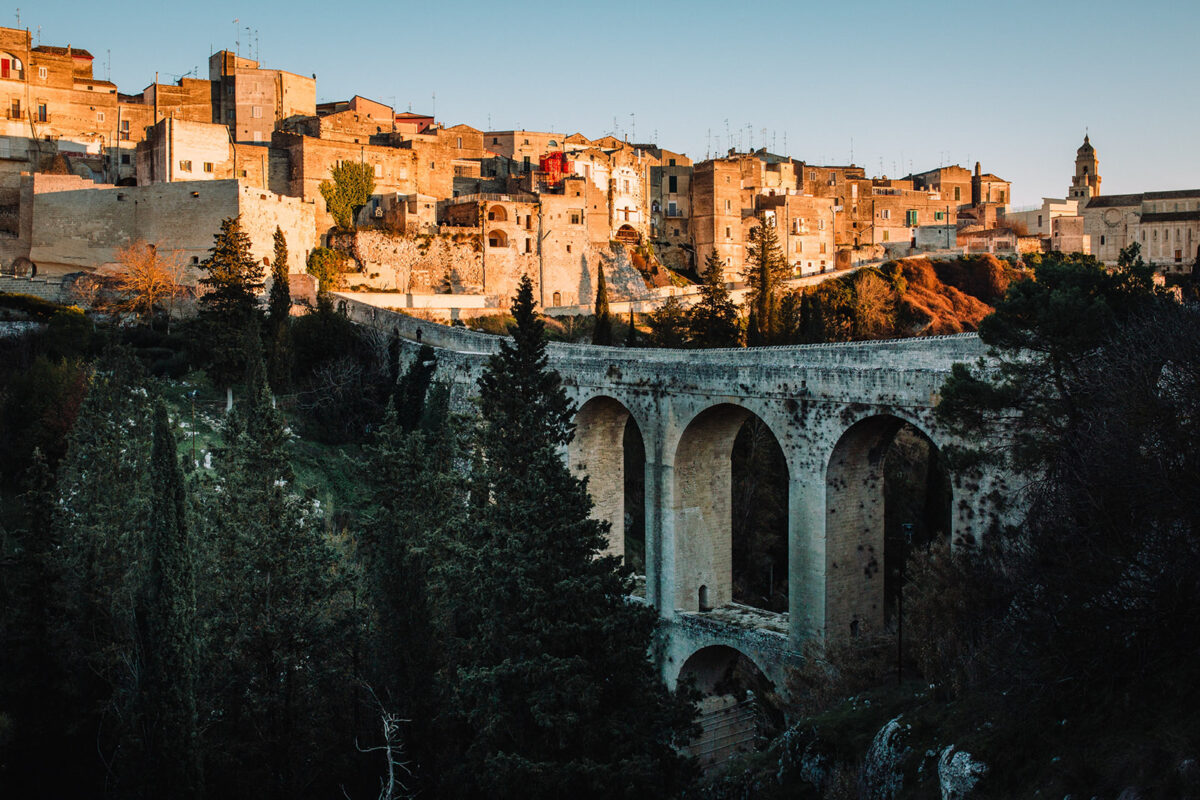 Everything is therefore based on Puglia and if the latter does not have the brilliance of Tuscany or Veneto, it is nonetheless an essential Italy. It is often an arid country, with rough and jostled landscapes. But the olive trees and the vines make a dark green border to the white earth and the blue sky. Nature is fragrant and provides tables with something to stand out. 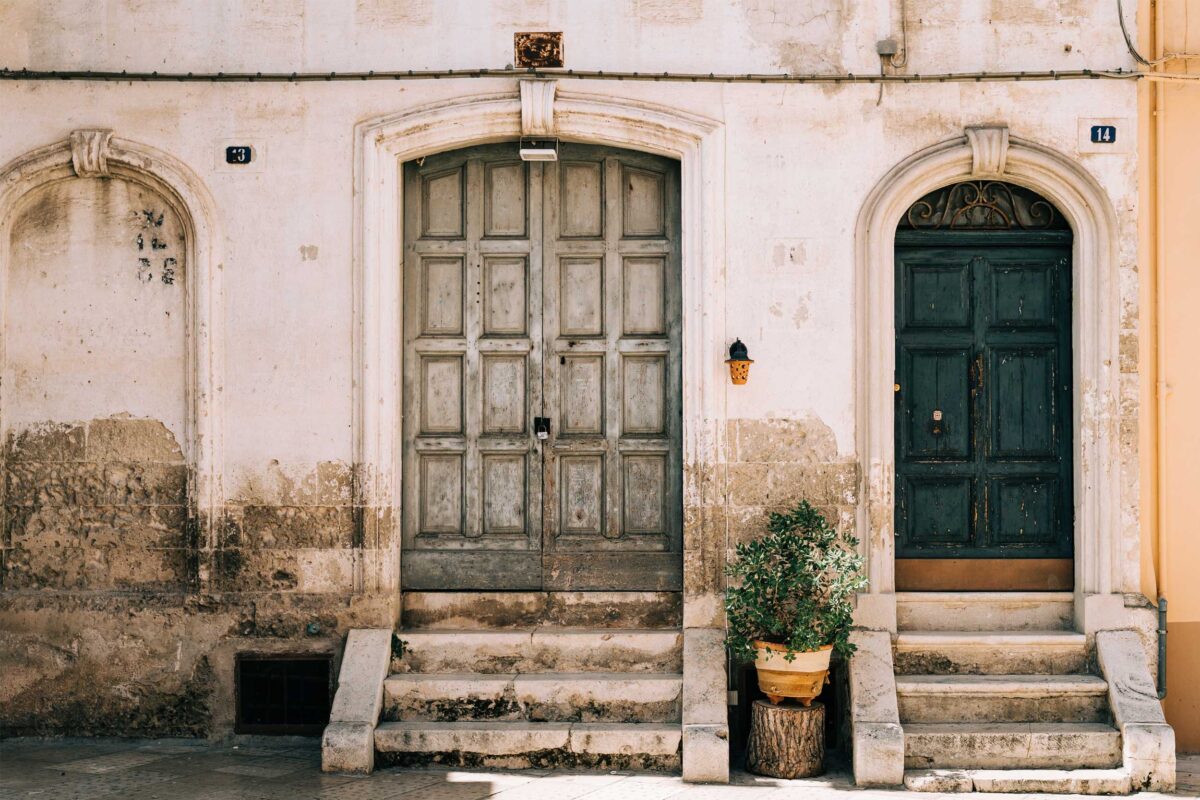 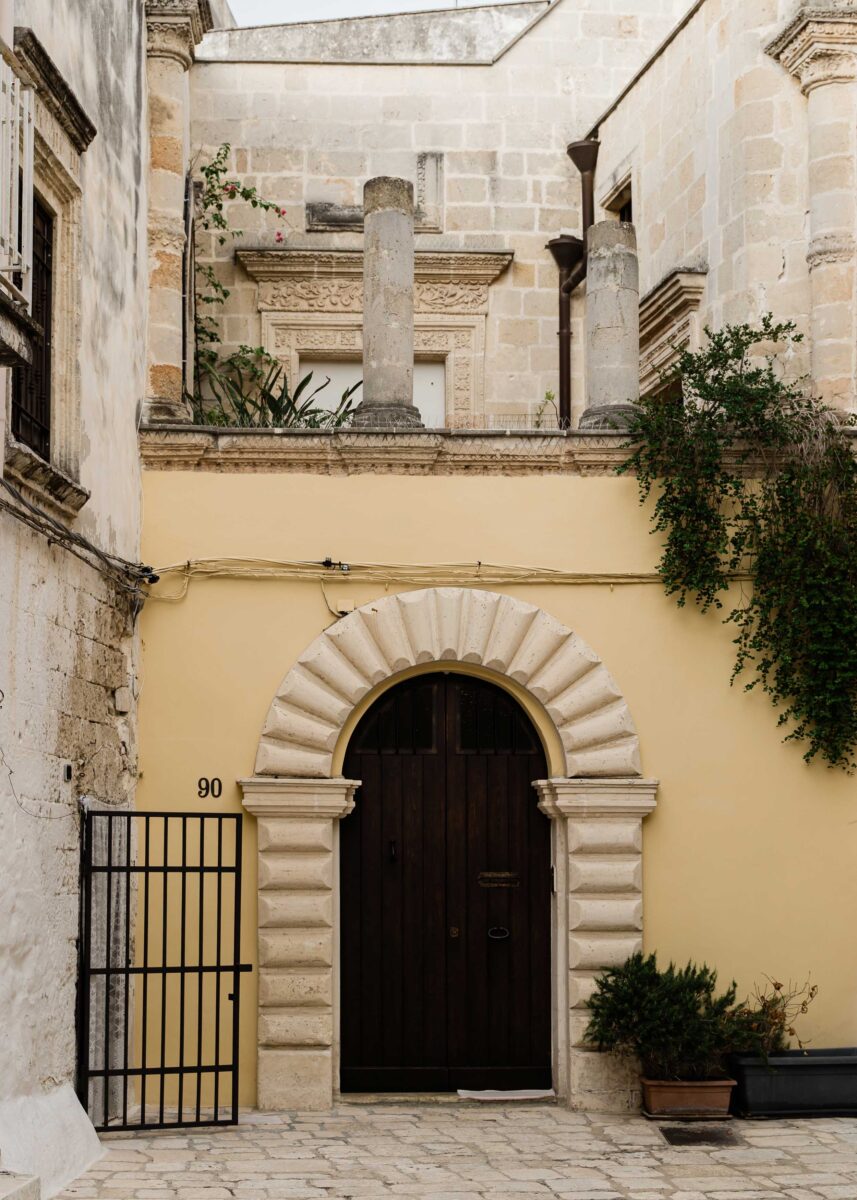 To the north, the spur of the boot (the Gargano park) is responsible for bringing a green touch to the whole. In the centre, it is a land of rocks and light, like the incomparable Matera and its troglodyte habitat, its rock churches covered with a Byzantine diversity of colours. In the region, history has trampled on and left moving, baroque and beautiful traces, from the towns to the countryside. In the south, the heel oscillates from baroque to seaside. Like a theatre set with warm colours and a refined atmosphere, Lecce showcases people proud of their descendants, without forgetting to have fun. 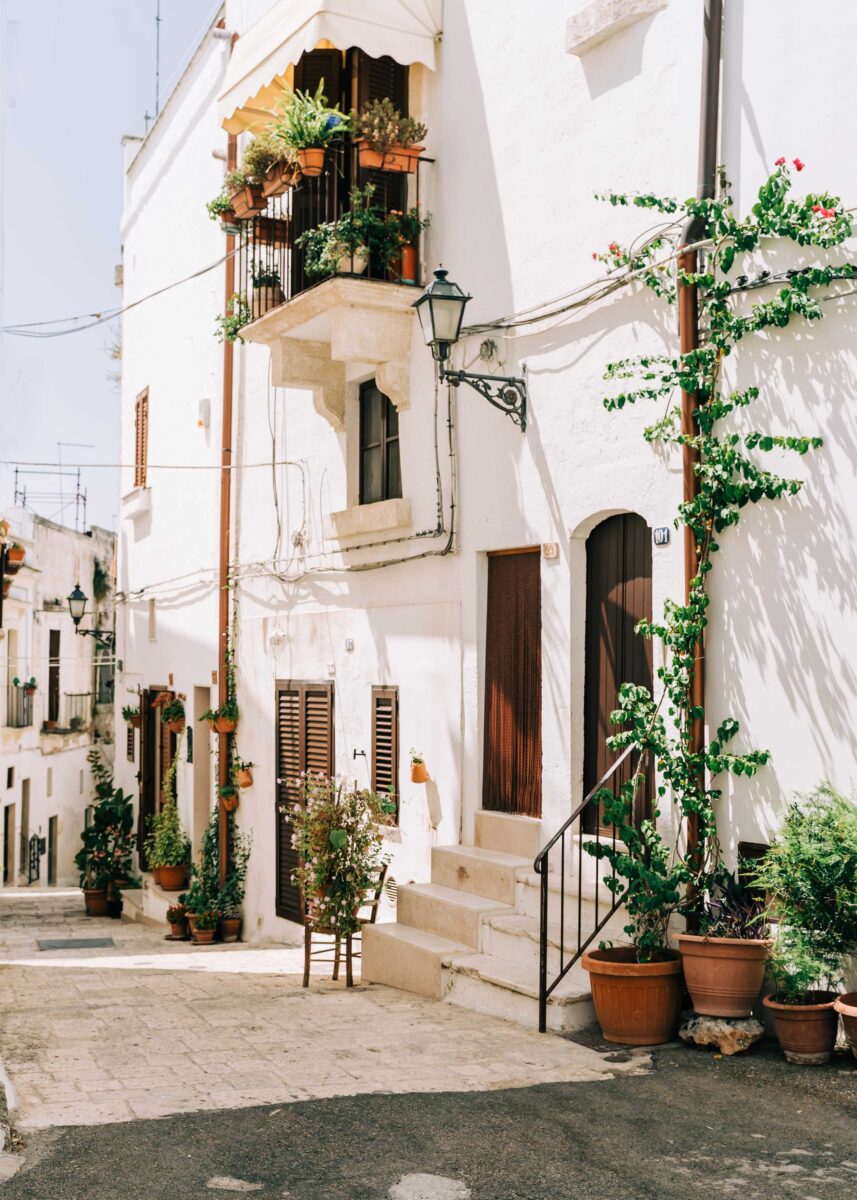 Travelers see all of this happily as they walk the small roads, stopping in villages, having a drink of Locorotondo or Aleatico di Puglia and sliding from one cove to another. The most beautiful region of Italy? Perhaps. Without the shadow of a doubt, it is as spectacular as the other parts of the boot in terms of arts and architecture. 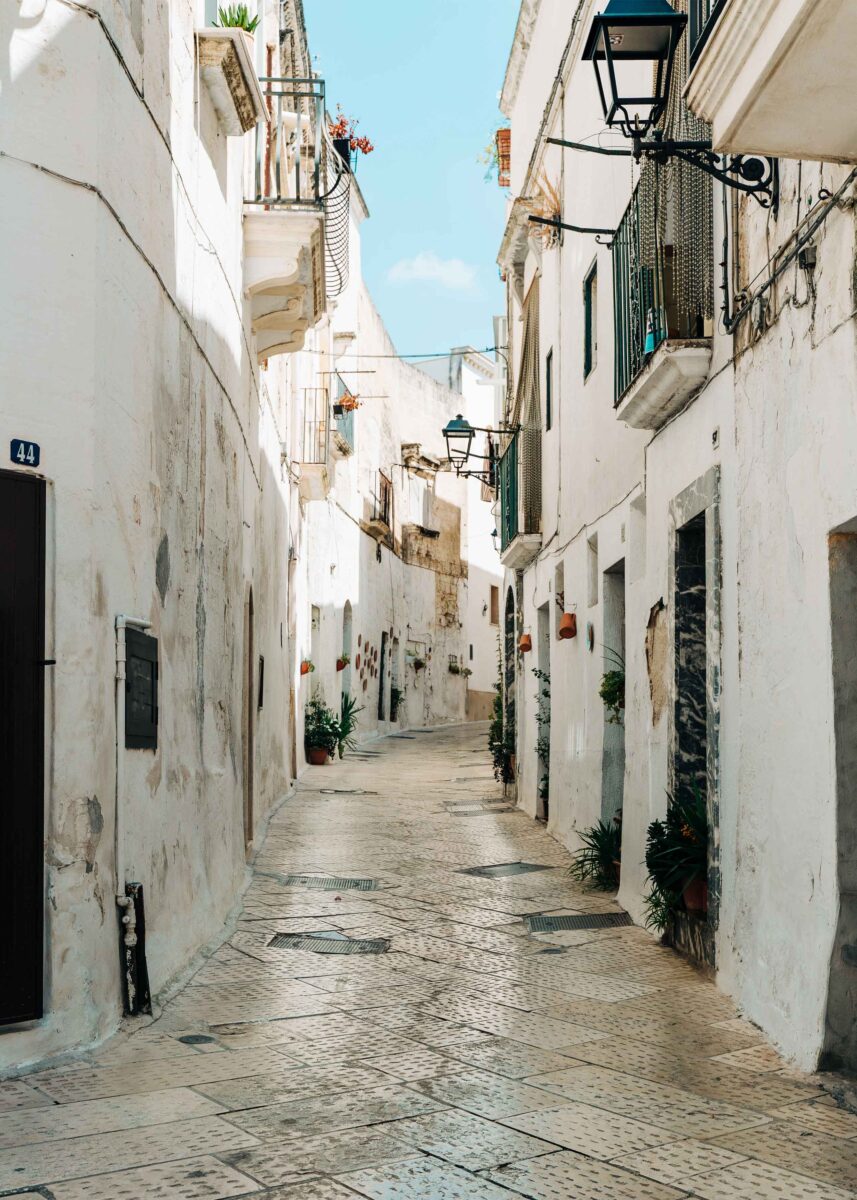 Cittaslow | The Cities That Take It Easy

Cittaslow | The Cities That Take It Easy

COMMUNITY MOVEMENT Current trends make our homes antidotes to the speed of our lives, places where we can take refuge and recover. More than just an aesthetic for our interiors, the Danish hygge (a concept that comes from a Norwegian word meaning “well thought out”) or the Japanese wabi-sabi (the appreciation of imperfect things and […]

Copenhagen – The Danish Concept of Well-Being

Copenhagen – The Danish Concept of Well-Being

GREEN, RELIABLE, SUSTAINABLE – Copenhagen is a booming city in which people are settling in more and more. Although the concentration of the population in urban centres is not a new phenomenon, the positioning of the Danish capital as a “healthy city,” mainly through its public policies focused on the well-being of residents, attracts and […]

THERMAL BATHS – Regardless of the place or time, the pursuit of well-being, calm and relaxation has always occupied a prominent position from a cultural point of view. One of the preferred routes to these peaceful states has always been the thermal baths. Immersion in warm, cold, alkaline or saline waters not only promotes well-being […]