Of course, we drink wine for the pleasure of tasting. Because it’s good, always different, rarely boring. But we also drink it because it has the ability to take us on journeys, to bring us closer, to mark a moment that we would like to remember for a long time. We drink it because it gives us a feeling of well-being, a kind of morale booster.

It is also anchored in our collective imagination that wine is good for the heart. And that’s true! It has been shown that polyphenols (molecules present in tannins), anthocyanins and flavones (the latter two being respectively the pigments responsible for the colour of red wines and white wines) have antioxidant and anti-inflammatory properties, among others. Moderate consumption (1 glass per day for women and 2 glasses per day for men) seems to be associated with a notable decrease of about 20% in the risk of cardiovascular disease. But beware! This window of benefits is very narrow since consuming 2 glasses per day for women and 3 for men would be enough to negate the positive effects of consumption.

Beyond its virtues for the mind, wine therefore also has certain effects on the body. Headaches, red patches, palpitations or nasal congestion are some of the symptoms that can occur after drinking wine. Headaches have long been associated with the presence of sulphites in wine. However, you should know that sulphites are produced naturally during fermentation and that consequently, a wine without sulphites does not exist. This sulfur compound is used as a preservative due to its antibacterial and antioxidant functions. Producers can add more or less sulphites (between 10 and 200 parts per million) at different stages between harvest and bottling. Sulphites are also present in significant amounts in many foods such as dried fruits, cold meats or white vinegar. While many people attribute their headaches to them, specialists point in another direction, that of ethanal. This chemical compound is metabolized by the body by an enzyme, the deficiency of which could cause the symptoms mentioned above. Ethanal is produced by yeasts during fermentation and the more sulphites contained in a grape must, the more ethanal yeasts will produce, which is probably the reason for the confusion. According to the SAQ laboratory, 99% of the wines analyzed contain ethanal at a maximum concentration of 70 mg/L. But then, how do we explain the inconstancy of the reactions on the physical aspect in people who suffer from it, if ethanal is found in all wines? Keep in mind that the consumption of wine is the meeting of two complex living entities: wine with more than 600 molecules and the human body, with varying dispositions according to physical form, diet and even mood.

The labelling norms in force do not oblige producers to indicate the quantities of sulphites and ethanal contained in their wines. The only non-mandatory information, according to law, given by the SAQ is the sugar content in the product. However, since organic wines have less sulphites, they are likely to contain less ethanal. Spotting them from the start is therefore a way of minimizing the risk of reacting to wine. Learning about the producer, his working methods and his philosophy is also a good way to know and understand the products you buy.

Here are three favourite recommendations that go in this direction. Whether it’s to do your heart good, literally or figuratively, grab your glasses and indulge yourself while keeping in mind that, as with everything, balance is the key! Cheers!

A fine blend of Semillon and Sauvignon with a touch of Muscadelle. An expressive white with flavours of apricot, peach and citrus. The palate is round, textured and completely refreshing. How wonderful! Luc de Conti has been working his vines organically since 1996 and as he puts it so well: “The most beautiful bottle is the empty one!” No doubt, you will drink this one with a lot of pleasure! 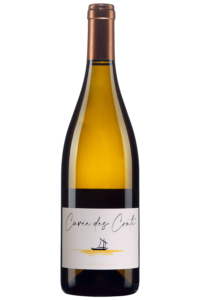 True to itself, Portugal offers us here an amazing value for our money. This energetic blend of siria, fonte cal, rabigato and malvasia fina, four local grape varieties, is very citrus-focused. You’ll love it as an aperitif and its sharpness will work wonders with a deep-fried dish like fish and chips. 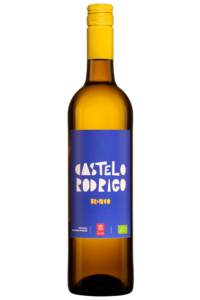 It’s hot in Spain and the Manchuela region where this red wine is produced is no exception, with an average annual temperature of 25 °C! One of the peculiarities of this wine is that the vines are located at an altitude of 1000 meters. As each gain of 100 meters in altitude is equivalent to a temperature loss of 1 °C, the climate is considerably cooler there. We therefore obtain a wine which is anything but heavy. On the contrary, we have a juicy, supple Grenache bursting with fresh fruit. A delight! 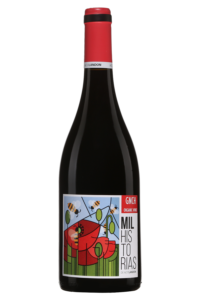 GET AWAY FROM THE BEATEN PATHS – Some producers will tell you that the strict specifications and rigorously followed steps do not make a vineyard a suitable place to give free rein to creativity. However, in this seemingly rigid context, some people take inspiration from nature to do things differently. The use of biodynamic, a […]

Letting Nature Speak | Each Bottle Tells Its Own Story

Letting Nature Speak | Each Bottle Tells Its Own Story

A MASTER’S TOUCH When we think of architecture, we think of structure, construction, the art of designing and creating. Although practised by humans, this art will never be better mastered than by Mother Nature herself. Nature creates in a perfectly complete way. No detail is left to chance, and each element has its reason for […]