A writer for many years, Kim Thúy has also been a lawyer, restaurant owner, interpreter, seamstress, sharing her life between Québec and the rest of the world, where travels become stories. Born in Vietnam, she arrived in Granby at the age of 10 and has been lulled by the beauty of things ever since. It is with benevolence and simplicity that she talks about the passage of time and the stories that liven her up.

Em, which has recently been published, is your fifth novel. You have also written a cookbook, a children’s book and collaborated on books about autism. How do you relate to writing after several publications?

“I get the same joy out of it. I still consider writing a privilege. Every time I pretend I’m working, I’m laughing inside. When I say I’m going to a hotel for two days to work, I’m actually going to have fun playing with words.

Dany Laferrière said that the first quality writers should have is to be able to sit on their bottoms for eight hours. I am very good at sitting still, I am very still. But life around me is moving, it comes like a tsunami.

At the hotel, there is a silence in things around me. When I’m at home, everything speaks to me, I know the story of every object. While at the hotel, no object speaks to me, I have no memory of anything. The cushion that’s on the couch is a ‘cushion’, that’s all. And it soothes my mind.”

“In Ru, there are passages with which I no longer agree. I wrote that everyone is replaceable and today I completely disagree. Each person brings me such a unique emotion. I was silly at 40! I am happy to see that I have changed, that I continue to evolve. A book is like a photo of a specific moment in our life.” 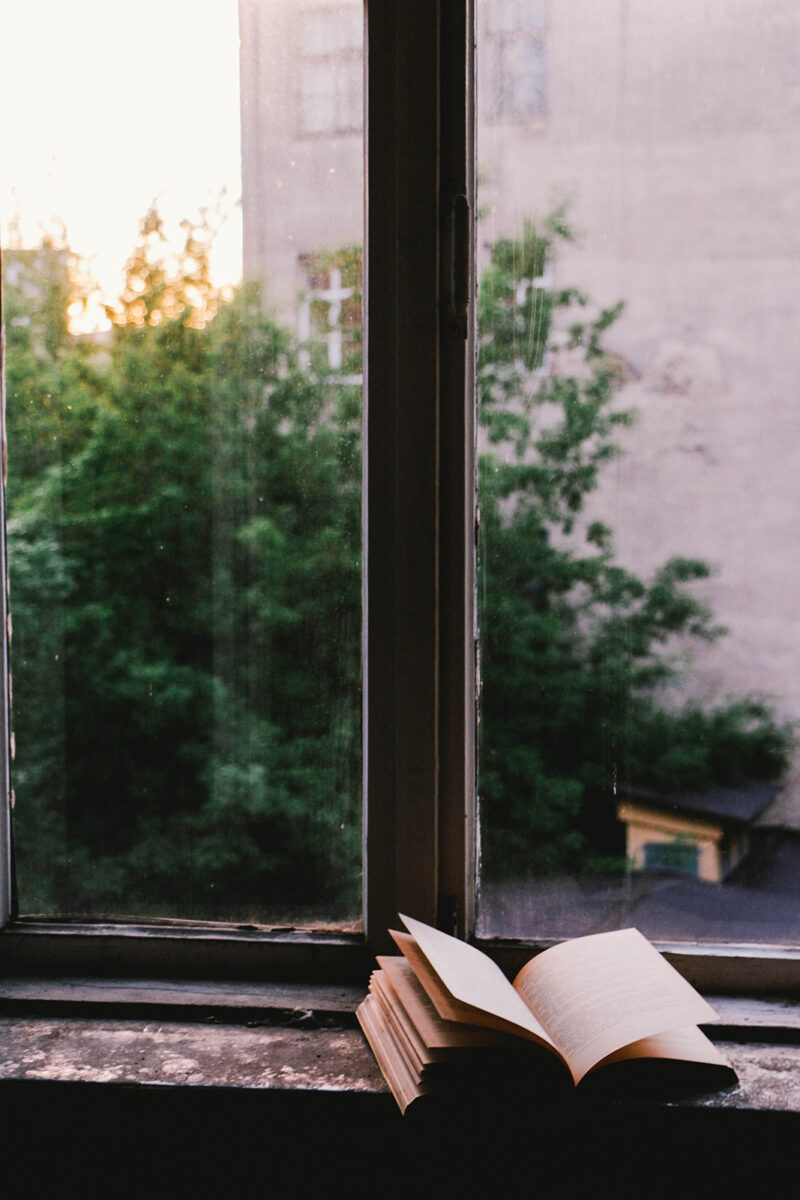 What can you tell us about inspiration?

“So far, I’ve never had any lack of inspiration, simply because what I’m doing isn’t fiction. I’m just trying to write down the realities that I see, that I want to share. But I can’t describe everything! There is so much to say. I wouldn’t have enough of a lifetime to say everything I want to say.

I let myself be influenced by travels, by what I observe when I arrive in a city and from one conversation to another, the story builds itself. And when I sit down to write, it’s yet another story that emerges. Often, I can’t wait to write just to find out what happens to the character, the same way a reader does! I am a spectator of my own story.” 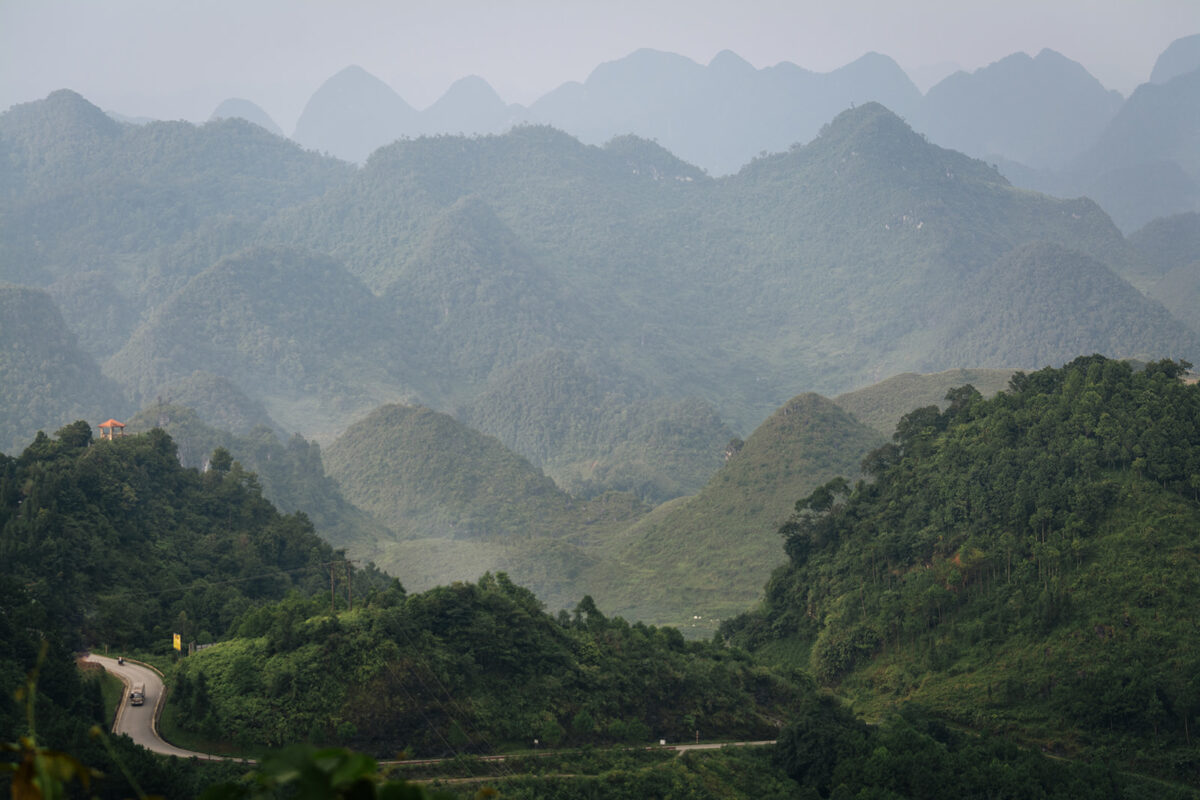 You learned French when you arrived in Québec at the age of 10, at the end of the 1970s. What role does this language, which is not your mother tongue, play in your way of thinking and of telling things?

I also think in French, although it is imperfect. Because the Vietnamese language, I don’t know it well enough, I don’t master the nuances enough. For example, I know “sadness”, but I do not know “nostalgia” nor “melancholy”. But also, the French language is a language that I associate with freedom, because Québec and Quebecers have given me the freedom to be.”

Do you find that Quebecers in general find it easy or difficult to see beauty? To be thankful for what they have?

“First, what does this question tell us? That we are a country at peace. This is why the pandemic is so destabilizing. That the curfew looks terrible. A new concept, almost a new word. That’s wonderful! While my parents and I immediately knew how to adjust to it. It’s sad, I’ve spent ten years of my life with a curfew and my parents even longer. When I arrived in Québec, the first evenings, we were amazed to be able to go out at any time, without asking anyone for permission. We didn’t know how to use that freedom anymore; it was very strange.

Besides, I’m still fascinated that the water comes out of the tap. It reveals that at one point in my life I did not have access to running water. Whereas here, we often let the water run for a long time, without worrying about it. You can’t ask someone who has never lacked water to be amazed in front of a running faucet.

I once went camping with my in-laws, to a hunting camp and they prepared me as if I had never had to live with almost nothing. Abundance is so anchored in our lives that people want to go camping to live in poverty. It’s because you sleep on a soft mattress every day that there are times when you feel the need to go and sleep in a tent. But if you have ever lived in a refugee camp, you can be sure that your dream is not to sleep in a tent.” 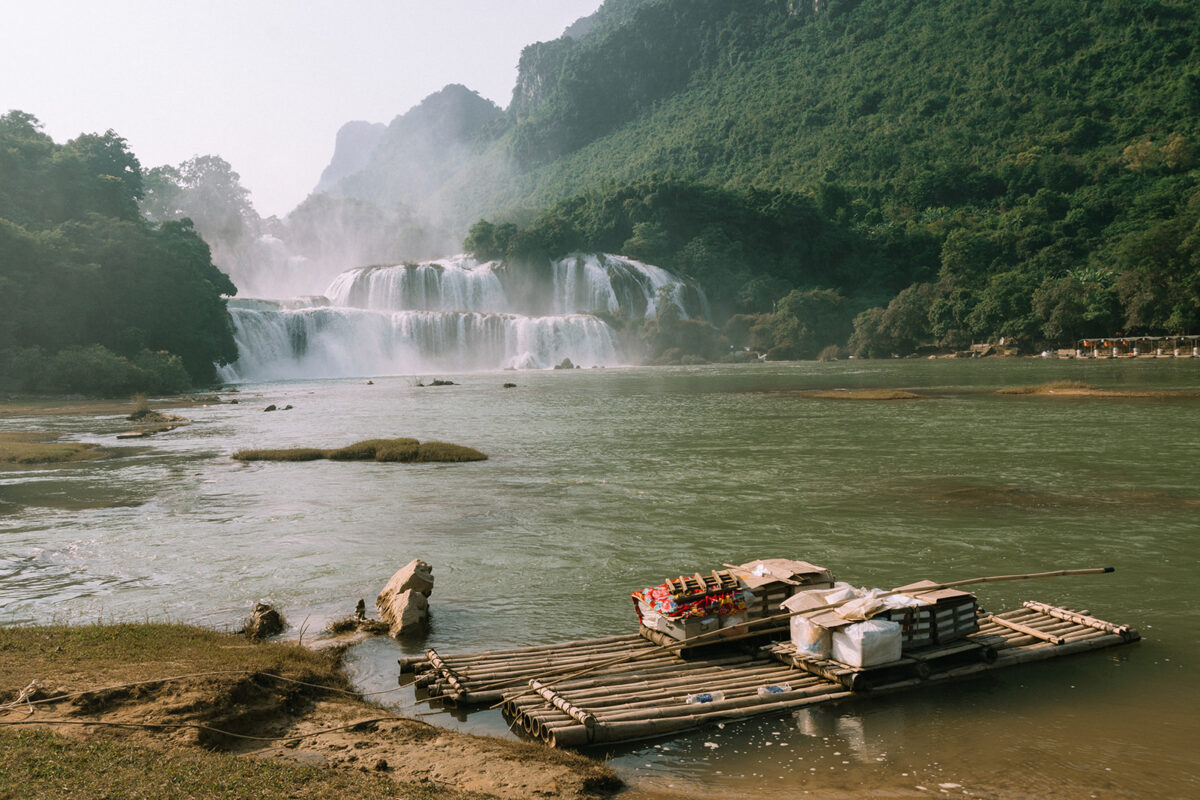 “In Vietnam, if there is one single case of Covid in an edifice, they close the entire building, the neighbourhood; no one is allowed to leave or enter for ten days. And no one asks questions, because the people know that if they get sick, the health system will not be able to save them.

The last war ended only 45 years ago. It’s still very present in people’s memories, so the reflexes are not far off. In a city like Saigon, which has a population of twelve million, in a second there is no one on the streets. The country is still very totalitarian, so when it’s not bombs, it’s censorship. In short, when the government says “you are not going out”, the population listens!

We haven’t seen a war here for so long, there are several generations who have never seen a combat zone. And peace is invisible, so it’s very hard to appreciate it. We only talk about it when it’s gone. In Syria, we talk about peace every day. ‘When is it gonna come?’ Who is talking about this here? If the virus was more of a bomb, everyone would volunteer to stay inside. Fear would take over everything else.” 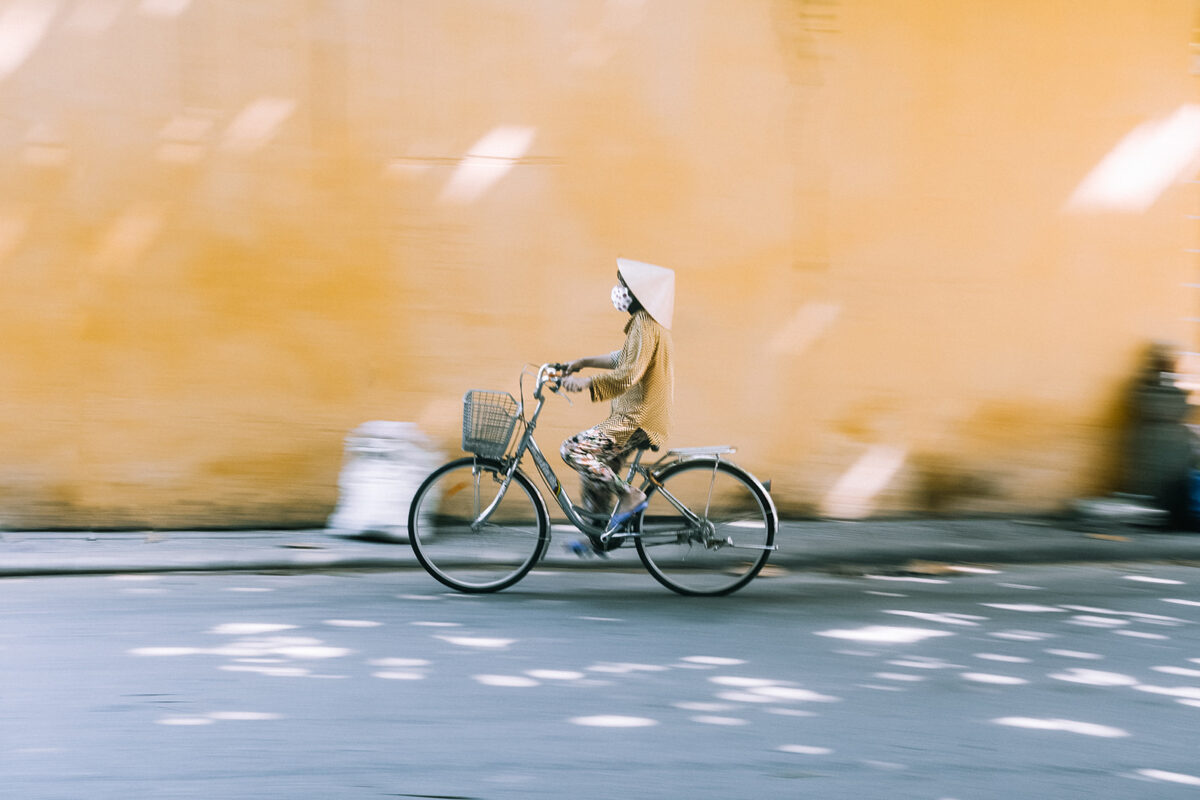 What do you think we will have learned from the crisis? And what can you tell us about this resilience that we have talked so much about?

“In our rich and peaceful country, we talk about the word ‘resilience’ precisely because we rarely need to be resilient. We still have to learn it. But if you go to a slum, no one is going to talk to you about resilience: they already have it.

Since we will remain a rich and peaceful country after the crisis, what we have learned will no longer be necessary. We’re going to be in a comfortable environment again, so why would we bother? On the other hand, if this lockdown lasts longer, there might be a possibility of change. We could come to see the beauty of things that we have more easily, without having to lose them to do so.

For me, it’s hard not to see the beauty because I practice doing so. It’s about training our eyes, because it’s not our first instinct. For example, on the highway, if there is an accident, everyone slows down to watch. Few would rather look at the tiny yellow flowers on the side of the road. But once you see them, once I show them to you, I’m sure you won’t be able to stop looking at them.

By making beauty a habit, I practice aging so as not to be too unpleasant when my head is no longer working and that everything is reflexes. I try to be kind, gentle, tender, consciously. I don’t want to become someone who makes life difficult for their loved ones, or health-care workers.” 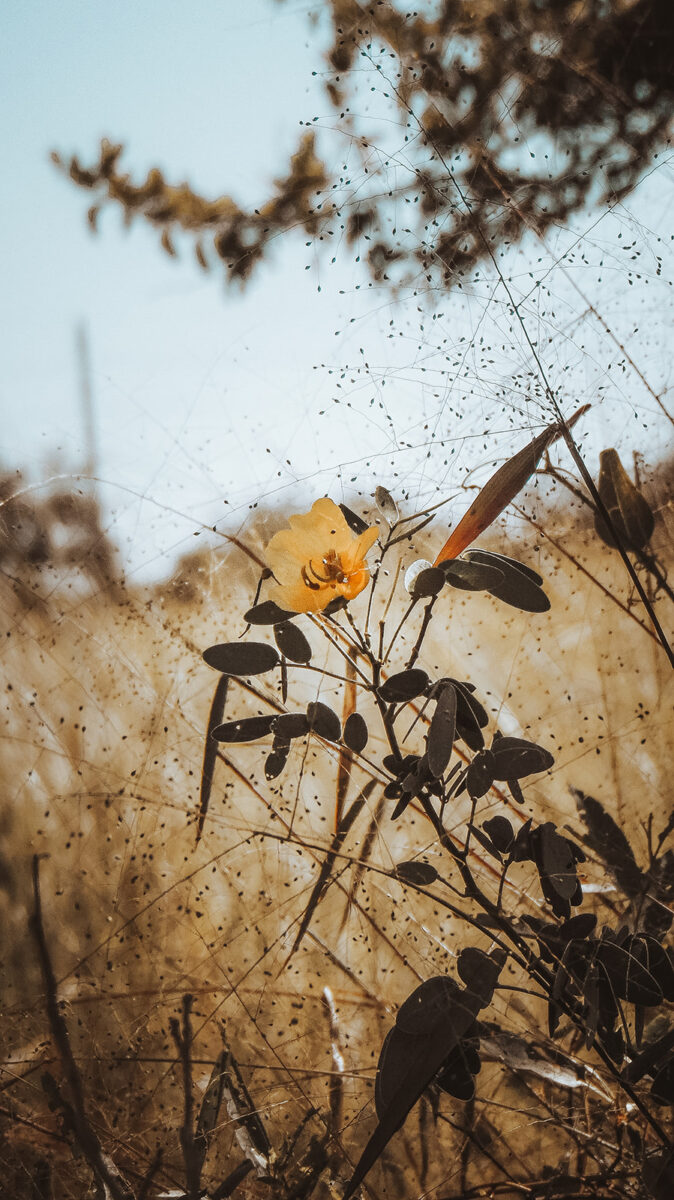 What are your wishes for the beautiful season ahead?

“After a year at home, am I looking forward to life resuming its course? Not necessarily. I don’t compare this year to last year. And I don’t compare last year to the year before. Each year has its own colour, has its own events. The only gift my past has left me, is that I don’t need control in life. I just live. Every day is different. Why compare? We cannot go back.”

Interview | Women that inspire us

Interview | Women that inspire us

On this year’s International Women’s Day, we asked ourselves who are the women that inspire us most. We asked Anne, the woman behind Strøm spa, to talk to us about a woman that was able to influence her not only in her life as an entrepreneur but also in her personal life. She immediately thought of Mitsou Gélinas.

The Path of Resilience | An Interview with Marianne St-Gelais

The Path of Resilience | An Interview with Marianne St-Gelais

ONE LIFE TO LIVE A renowned Olympic champion, Marianne St-Gelais has had a long and successful career in speed skating. Officially retired since 2018, she tells us about her inspiring journey with humility and authenticity. AN IMPORTANT STEP In life, there are certain steps that you prepare for and expect, and others that happen by […]