FROM ONE PAGE TO THE NEXT

Whether it lends itself to the most abstract faces or the finest features, beauty is everywhere between the lines. And not always in its unday best. You just have to take it down from its pedestal to better unmask it and flush it out in broad daylight.

The beauty of legacy

A Pessamit Innu, Joséphine Bacon has shone so much in recent years that we forget that she is a “young” author whose first works appeared at the end of the 2000s. Despite that, the poet now says that she belongs “to the race of the elders” and feels invested in a mission of memory and sharing. Because if the Ancients all pass away one by one, who will share with us “the words of the tundra, the currents of the rivers, and the calm of the lakes?” If she happens to have “nostalgia for dreams [that she hasn’t] dreamed,” she grants herself the right to be a nomad in the city. Uiesh – Quelque part is a collection with a remarkable account and the winner of last year’s Prix des libraires du Québec. Bacon’s poems can be discovered there in two languages: French and Innu-aimun. And each wrinkle is a life in itself for “the worthy woman who tells the story.” 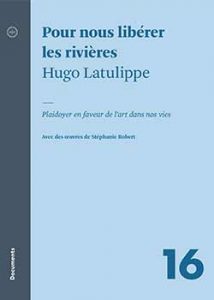 The beauty of art

From the film Léolo directed by Jean-Claude Lauzon, which was his “first encounter with himself as an artist,” to the fiery works of Paul-Émile Borduas and Simone de Beauvoir, including his mages Frida Kahlo, Pauline Julien, and Leonard Cohen, filmmaker Hugo Latulippe calls on them to reinvigorate thought, the sense of the sacred, and beauty, both in the city and in the heart of the self. Armed with the subtitle of his book, which translates as “A Plea for Art in Our Lives,” Latulippe remains faithful to his documentary spirit and invites artists and other lovers of literature, music, and cinema to reflect, including Véronique Côté, Jean Désy, and Catherine Dorion. Between the spirit of resistance that drives us to tell the story of ugliness and the desire to create beauty to make the world a better place, this finely written essay, accompanied by the works of Stéphanie Robert, makes you want to devour libraries and “imagine other constellations” in order to “free our rivers.” 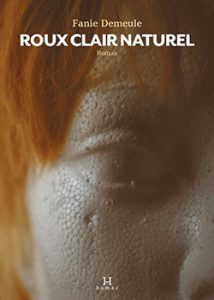 After Déterrer les os, a dizzying plunge into the torments of anorexia and the prison of the body, author Fanie Demeule dazzles with this second, equally haunting novel, this time combining the cult of image with the weight of the truth—more or less illusory—that is related to it. Does being a blonde or a redhead really have a fundamental impact on a woman’s life? Is the aura of a hair colour just a social construct? In this story in troubled waters and half-tones, appropriately titled Roux clair naturel, the fabulous heroine gets caught in a game of pious lies. What could have been one of many chronicles of hair then becomes the hypnotic tale of a spiral toward self-denial. The aspiring Pippi Longstocking loses her footing there, falling prey to a fading of her identity. Can we live fully within or without the gaze of others? 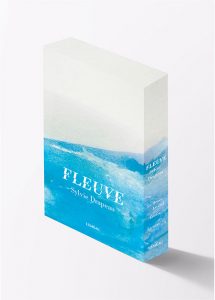 Recently adapted for the stage, the Fleuve tetralogy—brought together here in a box set consisting of four novellas called Le fleuve, Le ciel, L’enfer, and La terre—bear the signature style and—above all—the vibrant voice of actress Sylvie Drapeau. Tracing her childhood on the North Shore then her significant roles as daughter, sister, mother, and artist, she invites us to the heart of her “pack,” that tightly knit clan that life will move to the core. Beyond the grief and torment, which Drapeau knows how to sublimate while still embracing the darkness, it is the vastness of resilience that grabs us—not to mention all the possible tenderness that a recipe for spaghetti sauce can contain! The infinite territory of human feelings is intermingled with the founding landscapes of our existence. A knockout. 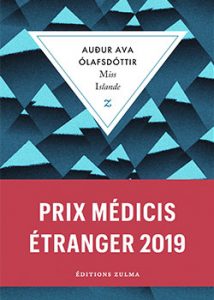 The beauty of the horizon

Appearing in 2018 and soon to be released in English, this new offering from Nordic Council Literature Prize-winning author Auður Ava Ólafsdóttir, a leading figure in Nordic literature (The Greenhouse, Butterflies in November), brings together three young dreamers that a conservative society keeps grounded in 1963. There is Hekla, with her volcanic first name and her literary ambitions, whom a member of the Beauty Academy hounds to compete for the title of Miss Iceland—long live parading in a swimsuit in front of a male jury! Then her two best friends, Ísey, who also finds solace in writing but who leads a domestic life that confines her to “beauty” (in a narrow sense), and Jon, a gay man who feels condemned to only ever be loved as a friend. A great novel of emancipation and solidarity that advances quietly and that could have born the nickname given to Hekla, “Miss Aurora Borealis.”