FROM ONE PAGE TO THE NEXT — There are essential services, and essential workers too—those who were baptized at the height of the crisis as guardian angels. But to whom does this essence belong if not to the whole community? How do we reconnect with it if not by slowing down? Here are a few modest suggestions for knitting the essential, inside and out, one stitch at a time. 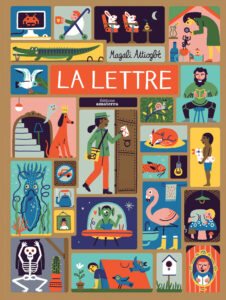 Returning to the foot of the letter

I discovered this children’s book on a trip, because roaming the bookstores and libraries is one of my favourite activities when I set off. It had everything to please the big kid in me—this beautiful hardcover book is suitable for ages 3 and up—because it brought me back to that other lost and found pleasure: the act of writing by hand, whether it’s a postcard, a love note, a festive invitation…whatever you like! Fittingly, this title from French illustrator Magali Attiogbé takes the form of a Seek and Find, but without garish instructions or striped heroes. It follows the journey of the nine letters sent by Léo to the most colourful destinations imaginable, from a haunted house to a vast burrow, from a space station to a royal palace. At once simple and friendly, the initial message is revealed at the end and resonates even more in this era of (a) social distancing. 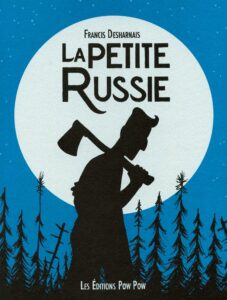 Returning to the root

Beyond all nostalgia, comic book artist Francis Desharnais (Burquette, La guerre des arts) retraces the steps of his grandparents, Marcel and Antoinette, who, since 1947, have greatly contributed to the establishment of Guyenne, a colony in Abitibi that has flourished under a cooperative regime—hence its nickname, “Little Russia.” A unique example of its kind, this tight-knit community is reborn with all the hopes and disillusions of its birth, between the wavering support of the government and the first mass in French, the endlessness of the forest and the ruggedness of the land, the visit of a certain Félix and the legitimate aspirations of women to have a voice. Nature becomes an essential character, and the pencil strokes overflow with tenderness for these inspiring pioneers. We have only one desire: to dig around in the rich biblio-filmography provided with the afterword by historian Frédéric Lemieux to learn more about the early days of Quebec and Abitibi. A gentle tribute. 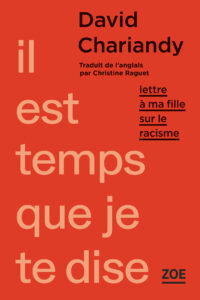 Returning to the other in the self

I’ve Been Meaning to Tell You

In this delicate and luminous essay published in 2018, author David Chariandy (Soucouyant, Brother) dissects the ramifications of his African-Asian origins, not without debunking—in all humility—a few myths about tolerance, legacy, and “Canadian identity.” Born in Ontario and based in Vancouver, this specialist in the literature of Black diasporas addresses his teenager here, as evoked by the subtitle A Letter to My Daughter. While opening up on several troubling or revealing episodes from his journey of identity, from inappropriate questions (“Where do you really come from?”) to ancestral memories of slavery and indentured servitude, he summons poetry as reinforcement and never takes an infantilizing tone. But above all, Chariandy invites us to recognize the other in the self, or the self in the other, not standing against some threat, but rather for sharing, listening, and meeting. An eloquent correspondence. 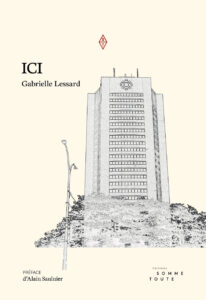 Returning to your neighbourhoods

From her native Beauce, Gabrielle Lessard dreamed of one day entering the famous Radio-Canada tower. Much to her disappointment, shortly after her training at the Conservatoire d’art dramatique came the announcement that the State television station was moving… The actress and author goes far beyond anecdote and the label of documentary theatre to imagine a fiction that questions the foundations (yes, plural!) of the public broadcaster. What about its independence and its role in collective emancipation? But even more, who remembers “Faubourg à m’lasse” in Centre-Sud, that neighbourhood that was nearly sacrificed to build the original tower? From the 19th to the 21st century, from working-class life to the Quiet Revolution, not to mention the hazy outlines of a digital future, Lessard brilliantly proves that, when you really love someone (or something), you never avoid the loved one’s grey areas. Finally, as with Desharnais, we savour the references that suit us to Voir, Entendre, et Visiter, which are hidden in the shadows of the “prolonged stamp.” 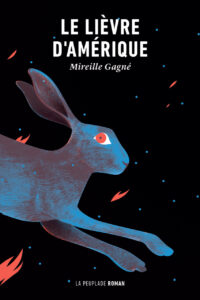 Returning with the tide

Diane can’t take not living up to expectations anymore (she who “yearns for a life free from all imperfections”), so she gets caught up in the game of a mysterious operation. This first novel from poet and short story writer Mireille Gagné (Le syndrome de takotsubo) is a source of unsuspected treasures, borrowing from both the calm and the rage of the tides. We get caught up in four times that return cyclically, including the before and after of the medical procedure, but also a little summary of the titular hare, from its diet to its nature as a lucky charm, then memories of adolescence that rise to the surface. These are anchored in Isle-aux-Grues, and since the author was born there, the immersion is as enveloping as it is total. Her Diane finds herself there with her friend Eugène to immortalize endangered species, until that unforgettable “storm of crows,” winter’s last hurrah, the source of many woes. A strong work that reflects the frenzy of our breathlessness, then the tranquility of the days of belonging.

Roaming Québec with these five books

Roaming Québec with these five books

From Kamouraska to Arvida, local literature has always been able to observe the region and tell Quebec’s story in a different way. Let me propose to you five recently published books that don’t just rely on the landscapes but focus first on the human who inhabits the horizon.